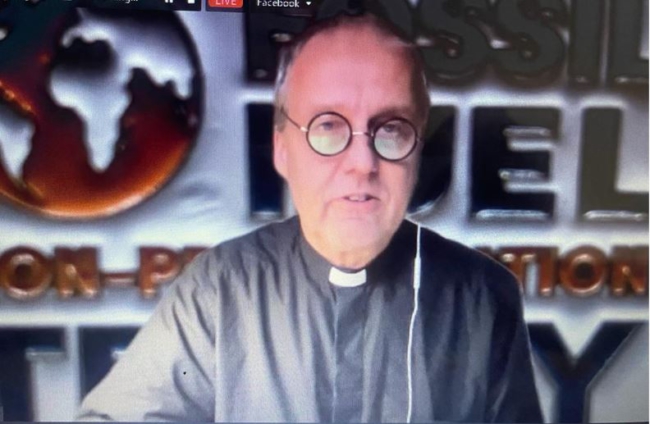 The religious leaders issued a multifaith letter just days before world leaders gather in Egypt for the COP27 climate change talks and negotiations.

“We strongly believe in the importance of a non-proliferation treaty for fossil fuels and a just transition, and we are committed to supporting it.”

In a letter, they stated that “government action has been painstakingly slow and catered too much to the reckless and deceptive fossil fuel corporations, preventing meaningful and timely climate legislation.”

Pacific Islanders face an existential threat from climate change, said Frances Namoumou of the Pacific Conference of Churches, Secretariat while addressing 10 National Councils of Churches of Pacific Islanders who are members of the 600-million-person World Council of Churches community, which recently endorsed the call for a Treaty.

“We must stop what threatens us and protect those who are most vulnerable,” she continued. It is the only decent thing to do.”

Religious institutions have been at the forefront of divesting from fossil fuels and playing an important role in major climate mobilisation, as new UN and International Energy Agency (IEA) reports reveal an alarming gap between nations’ climate commitments and those required to meet the Paris Agreement’s 1.5C target.

Religious leaders joined 70 cities, including Kolkata, Los Angeles, and London, 101 Nobel Laureates, 3,000 scientists, 1,750 civil society organizations, and 500 parliamentarians from Africa, Asia, Europe, and the Americas in demanding an immediate halt to new fossil fuel projects, an equitable phase-out of existing coal, oil, and gas production, and a generous commitment to a just transition for climate-impacted countries, communities, and workers.

“The life of Shakyamuni Buddha, the founder of Buddhism, demonstrated both continuous self-development and rigorous engagement with people and their problems,” said Tomohiko Aishima of Soka Gakkai International, a global Buddhist organization based in Japan.

“Continued dependence on fossil fuels, which brings about tragedy, particularly to vulnerable people, is incompatible with our conviction and commitment. We have indicated our support for a Fossil Fuel Treaty.”

With COP27 taking place in Africa, religious leaders and grassroots believers from the continent emphasised the importance of a Treaty. Sheikh Yussuf Nassur, Religious Leader of the Supreme Council of Kenya Muslims said, those hit first and hardest by climate change in Africa and around the world have a negligible carbon footprint.

“Why should these innocent people suffer while the world’s largest corporations and wealthy governments fail to respond adequately?”

“Every day, I see small farmers, their families, and their animals suffering from the effects of climate change, such as unpredictable rain patterns, drought, heat waves, and flooding,” said Baraka Lenga, a Tanzania-based grassroots GreenFaith organizer.

According to Baraka, fossil fuels account for more than 80% of all greenhouse gas emissions; therefore, for the sake of life and to avoid massive, inhumane levels of suffering, Africa and the world require a binding agreement that directly addresses fossil fuels and funds universal access to clean power for the hundreds of millions of Africans who lack access to energy.

The announcement follows the Vatican’s support for a Fossil Fuel Non-Proliferation Treaty in July.

Cardinal Michael Czerny, Prefect of the Dicastery for Promoting Integral Human Development, said at the premiere of ‘The Letter’ film on October 4th, “The global situation is more desperate today than it was seven years ago. Despite the Paris Agreement, its target of only a 1.5°C temperature increase is practically out of reach; the planet is already 1.2°C hotter.”

Despite this, he said, many new fossil fuel projects are being launched with reckless abandon, contradicting the International Energy Agency’s call, highlighting the importance of the proposed Fossil Fuel Non-Proliferation Treaty in complementing and assisting in the implementation of the Paris Agreement.

Catholic institutions in Latin America and the Caribbean prepared for COP27 with an Open Dialogue for the Care of Creation in October, during which they also announced their support for a Fossil Fuel Non-Proliferation Treaty.

“We call on the governments of our countries to urgently initiate the necessary actions to develop and implement a Fossil Fuel Non-Proliferation Treaty as a tool that can preserve the good of our Common Home,” said Mon. Jorge Eduardo Lozano, General Secretary of the Latin American and Caribbean Catholic Bishops Council (CELAM).

“Corporations, governments, and financial institutions must stop initiating new oil and gas exploration and replace fossil fuels with energy sources that are friendly to the planet and those who inhabit it.”

With world leaders gathering in Indonesia for the G20 meetings at the same time as the annual UN climate talks in Egypt, religious communities have decided to bring their call for a Treaty to the attention of world leaders.

DISCLAIMER: The Views, Comments, Opinions, Contributions and Statements made by Readers and Contributors on this platform do not necessarily represent the views or policy of Multimedia Group Limited.
Tags:
COP27
fossil fuel projects
Religious Leaders