‘You are not kings, but servants’ – KKD to politicians 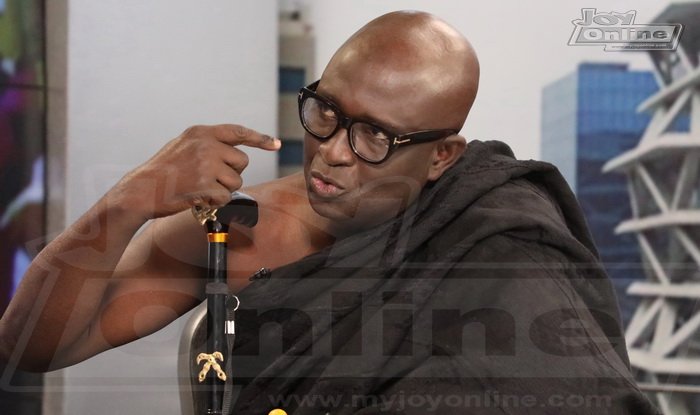 Broadcast journalist Kwesi Kyei Darkwah (KKD) has asked politicians to be submissive and serve in the country’s best interest.

According to him, an individual’s elevation into public office does not make him a “king” but “a servant” who has been called to be of service to the nation and its populace.

Thus, he urged politicians to be humble as they go about their duties.

“Everybody wants to act like they are kings. You are not a king,…you are our servants. Be servants first then you will become leaders,” he said.

KKD in recent times has been unhappy with government’s performance.

Speaking on JoyNews’ AM Show on Wednesday, the media personality bemoaned how private businesses owned by government officials are financially benefitting at the expense of the nation.

According to him, despite the President’s vow during his inauguration to set fair rules to govern public businesses, his administration is doing otherwise.

He believes the President has done very little to curb corruption.

He told host Benjamin Akpakpo that his father has cautioned him against speaking truth to power.

Despite the warning, KKD says he is not scared of the death threats, hence he will continue to speak truth to power and damn the consequences.

“My father called me one morning…and…he said, ‘my beloved Kwasi Kyei, what have you gone to say that is making old politicians and my old friends calling me?’ “.

KKD came resurfaced into the media space after he accused the Finance Minister of being involved in a conflict of interest situation, in the floating of government bonds.

In an interview on GTV’s Breakfast Show on Wednesday, August 17, he expressed his surprise at government for constantly employing the services of a company co-founded by the Finance Minister – Data Bank Financial Services – as advisors for some of Ghana’s international loan transactions.

His outburst on the show resonated with many Ghanaians who have since asked leaders to avoid occupying a public office that can cause a conflict of interest.

DISCLAIMER: The Views, Comments, Opinions, Contributions and Statements made by Readers and Contributors on this platform do not necessarily represent the views or policy of Multimedia Group Limited.
Tags:
Kwasi Kyei Darkwah (KKD)
Politicians