Your talent can bring you more than just money – Richard Mofe-Damijo - MyJoyOnline.com 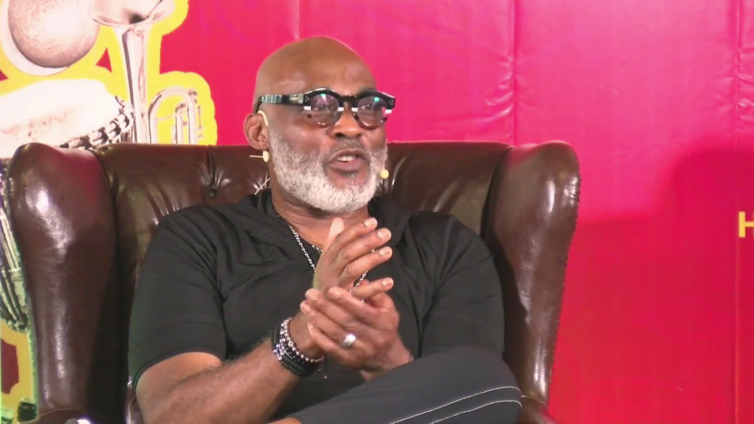 Veteran Nigerian actor Richard Mofe-Damijo says talented individuals should focus on developing their talents to bring them fulfilment worth more than money.

The man popularly called RMD said this on Joy Entertainment’s Showbiz A-Z on Saturday in an interview with host George Quaye.

The multiple award-winning actor was in Ghana for KOD’s Rhytymz on the Runway over the weekend.

Reacting to whether a career in the movie industry is still worth pursuing, RMD said it takes a person to places.

He related to George Quaye, his experience at the airport, where he cherished taking photos with fans, an act which “is not [necessarily] making money, but people’s appreciation sometimes is much more than gold”.

He believes that a good reputation that results from a career in the arts could “open doors for you, will do things for you that probably money would not be able to do for you”.

He cited as an example how he did not spend a dime on accommodation while in Ghana over the weekend.

“I would advise anyone that is talented to go into it – you can be anything you want to be, as long as you really want it. So if you’re talented, whether in Ghana or Nigeria, do it,” he explained.

RMD could not hide but share the excitement he felt upon seeing billboards that bared the images of Dancehall heavyweights Stonebwoy and Shatta Wale outside of his hotel, insinuating both artistes belongs to the art industry and are influential.

He said, “your talent will make waves for you”.