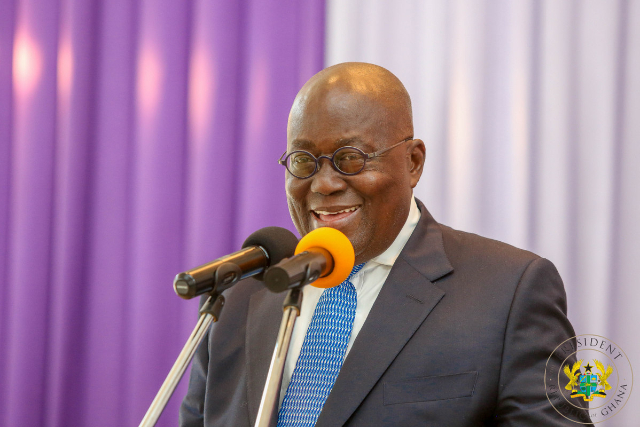 President Akufo Addo has come under heavy criticism by anti-graft agencies for exonerating officials at the Trades Ministry in what has become the 100 thousand dollar for seat scandal.

The agencies are unimpressed with how the president has handled the scandal and have called for more transparency on the matter.

Officials of the Trades Ministry were said to have a facilitated a sponsorship scheme that required expatriate business personalities to pay as much as $100,000 to sit close to the presidential circle during the expatriate awards event.

The scheme was said to have been championed by the Millennium Excellence Foundation.

Minority Chief Whip Muntaka Mubarak raised the issue on the floor of Parliament and questioned why the president’s seat must be commercialized.

The issue attracted huge public uproar which critics, including the North Tongu Member of Parliament Samuel Okudzeto Ablakwa demanding answers from the president.

The president queried the Trades Minister Alan Kyeremanten to explain to him circumstances under which the presidential circle was sold at 100,000 at the December 8, event.

A day after the query, the president exonerated officials of the Trades Minister from any wrongdoing.

He directed the Minister to inform the public the information he gave for which he was exonerated.

Alan Kyeremanten has since clarified that the Trades Ministry had no hand in organizing what was a purely private event.

But officials of some anti-graft institutions are not happy with the way the matter has been dealt with.

Corporate Affairs Manager at the Ghana Integrity Initiative (GII) Michael Boadi wants a full disclosure on the processes that led to the exoneration of the  minister.

“In order for us to ensure that the fight against corruption is enriched, we don’t want the president to just call for accountability and people will come and render statements. We want people who engage in public service to account to the citizens not just to the president.

“One of the things that affect the fight against corruption is lack of transparency,” he added.

Co-chair of the Citizens’ Movement Against Corruption Edem Senanu says the president’s response is not satisfactory. He wants an independent probe into the matter.