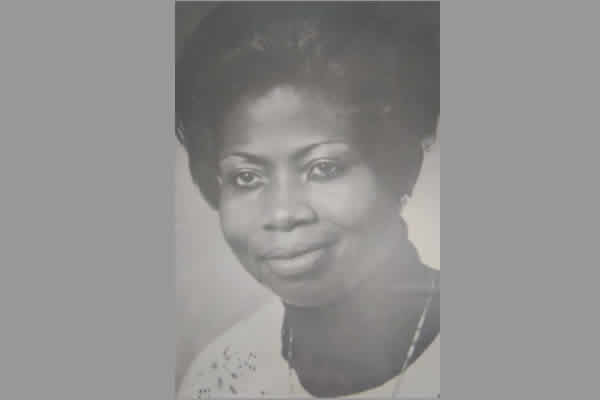 As reactions continue to pour in following the airing of Joy News’ ‘Who killed the judges’ documentary, it has been revealed that mother of one of the murdered judges is unable to get over the murder.

According to Justice Cecilia Koranteng Addow’s brother, the judge’s 104-year-old mother who was in the house with her on the day she was abducted and murdered, is still in pain.

“For me, judgment belongs to God so I have always told my mother to forgive but she will not,” he said.

Gaisie added that “sometimes when you try to do that she gets annoyed. I don’t think she has forgiven the killers of my sister.”

The murder of justices, Cecilia Koranteng Addow, Poku Sarkodie, Kwadwo Adjei Agyapong and a retired military officer in 1982 was one of the crimes that shook the nation.

The three justices and the retired soldier were abducted from their homes during curfew hours, shot and killed and set on fire.

A Joy News documentary seeking answers to the murder of these four prominent people reveals startling details of what was done to unravel and punish the perpetrators.

Related: How a policeman's drunkenness led to biggest tip-off in who killed the judges

Gaisie in a response to if his family got the justice they deserve following the conviction and subsequent execution of his sister’s killers, said no kind of justice would have been enough.

“When they kill your sister or a family member, what justice do you expect?” the 80-year-old queried as he recounted the heinous incident.

He said although he has nothing against anyone, it appears his mother is unable to move on and that nothing they did over the years soothed her pain.

Meanwhile, mixed reactions have greeted the documentary since it was aired on Tuesday.

Former president of the Ghana Bar association and Member of the Council of State Sam Okudzeto, for instance, is appealing to former President Rawlings to apologize to all Ghanaians for the atrocities that happened under his watch during the PNDC era.

He says even though former President Rawlings did not supervise the mess at the time, he has to accept ultimate responsibility.

Video: Who killed the judges