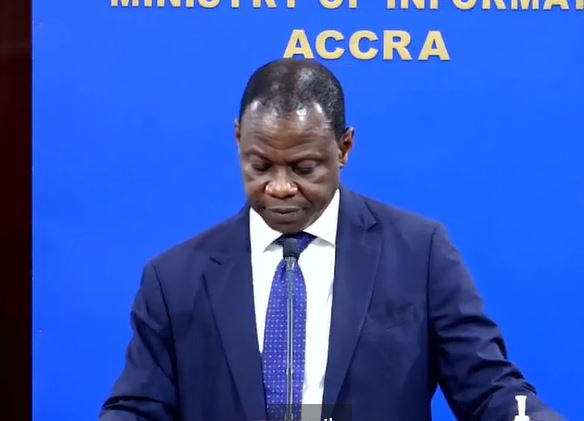 The Director-General of the Ghana Health Service (GHS), Dr. Patrick Kuma-Aboagye, has revealed that only 4 out of the 16 regions are currently battling with Covid-19 active cases.

“The majority of the cases are in the Greater Accra Region,” he said.

Speaking to the press on Tuesday, he said: “The average daily cases are less than 20. We have a weekly average of less than five. The numbers are quite low. Currently, 12 regions do not have any active cases.”

He added: “We don’t have anybody who is on admission, severe or critical, anywhere in Ghana so far. There has been a significant decline in the number of cases reported at the airport.”

A total of 1,445 death cases have been recorded, he said.

The GHS Director-General, however, stated that 159,679 people who fell prey to the virus have recovered and have been discharged from the various health facilities.

With regard to vaccination, he revealed that 14million Covid-19 vaccine doses have been administered so far.