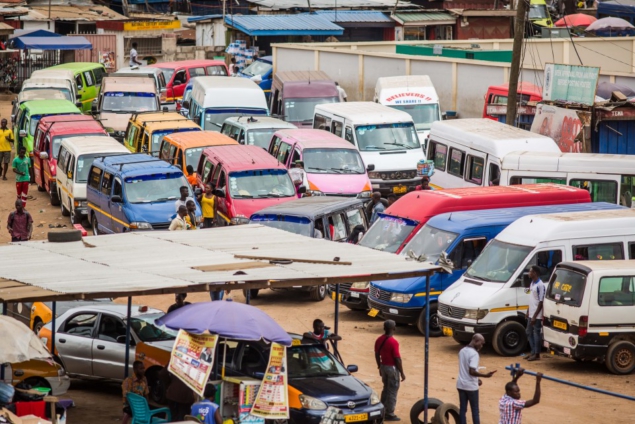 Spokesperson of the Ghana Private Roads and Transport Union (GPRTU), Imoro Abbass says the 16 driver unions, which threatened to strike on Thursday, November 11 have agreed to call off their action.

According to him, the strike will however happen next week Tuesday, November 16 if their concerns are not addressed in the budget presentation by the Finance Minister, Ken Ofori-Atta.

“After Monday if the budget is presented and our grievances are not considered, then Tuesday we are going to embark on our strike. So this is the decision taken,” he told Evans Mensah in an interview on PM Express, on Wednesday.

He added that the unions will meet to decide the way forward if the the budget presentation is rescheduled to Wednesday.

“And just this evening, I have heard the budget presentation has been shifted to Wednesday and I am not in the position to say we have to shift it to Thursday but tomorrow, we have our leadership all of us have to meet and consider if we have to wait after Wednesday. Because we are just interested in reducing the fuel prices so that all drivers will work happily so that they make something out of the hard day’s work.“

He said the strike is supposed to give drivers a breathing space to their sufferings.

“We only want the prices of fuel to be reduced so that at the end of a hard day’s work, we can get something home.”

The intended strike comes against the backdrop of some Oil Marketing Companies (OMCs) increasing the price of fuel by about 10 pesewas. A litre of petrol is currently being sold at about GH₵6.90 at most fuel vending stations.

In the midst of the upward adjustments, the Ghana Private Road Transport Union (GPRTU) urged drivers not to increase lorry fares.

These developments have made drivers agitated. They have stated their unpreparedness to continue to put up with the high cost of fuel.

The sixteen driver unions therefore demanded that government scraps some taxes on petroleum products, otherwise they will withdraw their services on Thursday at 3:00pm.

According to the unions, they have identified at least five taxes that they believe serve no useful purpose. Thus, the energy debt recovery levy, the Road fund levy, Energy sector levy, Sanitation levy and Special petroleum levy.

Government has since the recent hikes in prices announced the suspension of two levies for the next two months, but the unions say this is inadequate.

DISCLAIMER: The Views, Comments, Opinions, Contributions and Statements made by Readers and Contributors on this platform do not necessarily represent the views or policy of Multimedia Group Limited.
Tags:
Fuel Prices
Ghana Private Road Transport Union (GPRTU)
Strike