19 strange things that can only happen in India 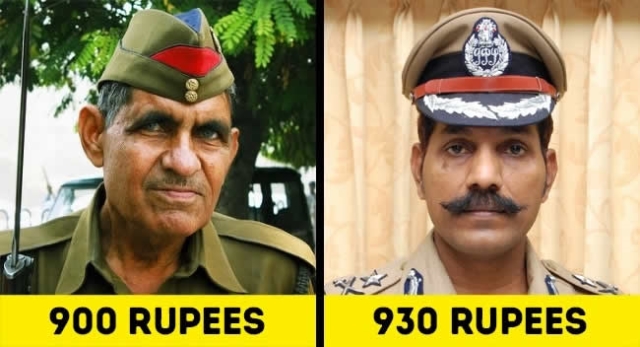 India is undoubtedly one of the most interesting countries in the world. It strikes us with its contrasts, impresses us with its traditions and culture, and stays a secret for most foreigners.

Bright Side gathered 19 amazing facts about this country of spices that will show India from a completely different side.

According to the Hindu calendar, there are 6 seasons in India: summer, autumn, winter, spring, the monsoon season, and the winter’s eve season.

18. There is an agreeing gesture.

Instead of common nodding, Indians bobble their heads from side to side. To us, it might look like a condemnation rather than an answer meaning “yes.”

17. India is the largest vegetarian country in the world.

Vegetarianism is one of the traditional features of Hinduism, and that’s why almost 60%of Indians are vegetarians. India also has the lowest percentage of meat consumption per capita.

16. India is the largest English-speaking nation in the world.

There are 2 official languages in India: Hindi and English. What is more, the government accepts 17 other languages. There are 1,650 dialects found across the country.

There is a problem of air pollution in all big cities, and car exhausts cause smog and breathing difficulties among citizens and visitors. Just one day in Delhi or Mumbai is equal to smoking 100 cigarettes.

14. All the world’s major religions are found in India.

Although 80% of Indians are Hinduism adherents, the country includes all the world’s religions. You can meet followers of Christianity, Judaism, Buddhism, Jainism, Sikhism, and other religions there.

13. The biggest family in the world lives in India.

The world’s biggest family lives in India. This man has 39 wives and 94 kids.

Children’s Day is celebrated in India on November 14, 9 months after Valentine’s Day.

11. Police are paid for their mustaches.

Indian police officers are given bonus payments if they have a mustache. This idea is argued that mustaches make men more reputable and manful. Moreover, it’s an essential feature of Indian folklore.

Foreigners are prohibited to take the local currency (rupees) with them when they leave India.

In West Bengal, an Indian state, each cow should have an ID card with a photo.

8. It is the country of spices.

70% of all spices provided to the world market are produced in India.

At present, India’s population is approaching the 1.5 billion mark. It’s higher than anywhere else in the entire Western Hemisphere.

According to the UN, India will soon be able to outrun China.

Only 1 marriage out of 100 ends in divorce in India. It’s one of the lowest divorce rates in the world.

In India, there is a “vigilance group” called the “Love Commandos.” It supports couples from different castes that are being oppressed.

4. There’s a new way to use popular beverages.

Indian farmers use Coca-Cola and Pepsi instead of expensive pesticides.

Indian housewives own 11% of the world’s gold. That’s more than the combined stocks of the USA, Switzerland, Germany, and the International Monetary Fund.

1. The homeland of chess

India is the homeland of chess. The indigenous name of this game is Chaturanga, which means “4 divisions of an army” (namely elephants, chariots, cavalry, and infantry).

Do you know any other facts about this amazing country? Share your impressions with us!