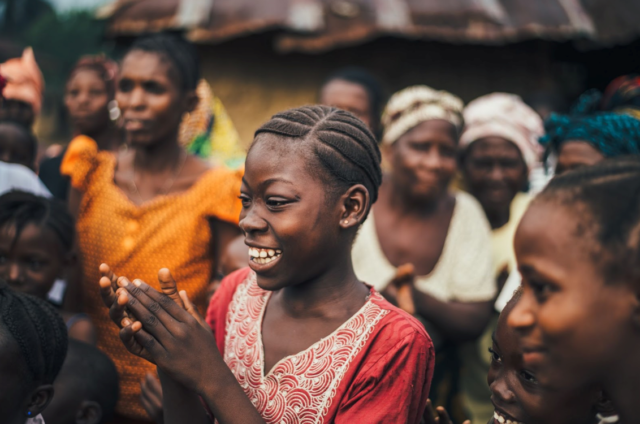 Bratton, Gyimah-Boadi, & Mattes. It sounds like a law firm. No, it’s a group of eminent professors and thought leaders driven by a vision of making African voices a key pillar of policy- and decision-making. Their journey to ensure African voices are heard began with a decision to merge three independent research survey projects in 1999. Afrobarometer was born.

Moving the needle on the data front, one survey at a time

The pan-African, non-partisan survey research network headquartered in Ghana has relentlessly pursued its vision of a world in which citizens’ realities and aspirations inform Africa’s public discourse.

With determination and extraordinary resilience, Afrobarometer has pursued its mission to take the pulse of African citizens on democracy, governance, and quality of life, starting in 12 countries in 1999 and expanding to cover up to 39 countries over the next two decades.

“Looking back, we are exceptionally proud of what we’ve achieved together. We were operating in a very different world when we launched the bold Afrobarometer project two decades ago to ensure African citizens have a front-row seat in the decisions and public policies that affect them. Thanks to our impeccable reputation and consistency in producing data on what Africans are thinking, we are today a global reference for high-quality data and analysis on African democracy, governance, economy, and society” – Professor Gyimah-Boadi, co-founder and board chair of Afrobarometer.

In each two-year survey round, the vast undertaking gauges countries’ progress on gender equality, public service delivery, economic well-being, and a multitude of other issues. How many Kenyans have running water? Are South Africans tolerant? Do Malians want democracy? Are countries on track to meet the United Nations Sustainable Development Goals? Afrobarometer is the go-to source for answers.

Five short years after its inception, Afrobarometer bagged the “Best Data Set Award 2004” from the American Political Science Association. Two Afrobarometer books have been published: Public Opinion, Democracy, and Market Reform in Africa in 2004 and Voting and Democratic Citizenship in Africa in 2013. In 2021, New African Magazine named Afrobarometer co-founder and Board Chair Gyimah-Boadi one of the “100 Most Influential Africans” of the year, recognising his lasting contribution to “empower coming generations of African researchers and policymakers to make decisions based on data.”

Fast-forward to 2022: Through eight completed survey rounds, Afrobarometer has established itself as a trusted source of high-quality data, analysis, and valuable insights on what Africans are thinking. With an unmatched track record of 350,000+ interviews in 39 countries, representing the views of 80% of the African population, Afrobarometer is leading the charge to bridge the continent’s data gap. Working with a network of 30+ national partners, its field teams continue to brave mountains and floods, slums and gated estates, even volatile and post-conflict areas, to ensure that no voice is left unheard.

Afrobarometer’s gold-standard methodology is based on three pillars. One, interviews are conducted with randomly selected, nationally representative samples of adult citizens in each country. Two, our interviews are carried out face-to-face in national and local languages. Three, our random sampling protocols align with best field practices, using sample sizes of 1,200 to 2,400 per country. To move with speed and scale, Afrobarometer uses tablets to capture and review data electronically, and is piloting telephone surveys to complement its standard face-to-face methodology.

Taking the baton after Gyimah-Boadi retired as CEO in April 2021, Joseph Asunka has laid out a roadmap that prioritizes shifting resources to institutions on the continent. He sees the Global South and Global North as partners who should leverage each other’s strengths. For Asunka, the people on the ground should lead the work and define the agendas.

On the timely issues measured in Afrobarometer’s surveys, Asunka urges governments and development partners to listen and include the voices of the people in the decisions that affect them.

“When we compare indicators of democratic demand and supply, we see that African governments are not meeting their citizens’ aspirations to live in democratic, ef­fective, and accountable societies.” Joseph Asunka, Afrobarometer CEO

As a forward-thinking research institution, Afrobarometer is helping bring stakeholders into the digital-first era. Leading four partners in the Data for Governance Alliance, supported by the European Union, Afrobarometer is rolling out capacity-building workshops for pan-African CSOs to strengthen democracy and governance by building their digital skills in data use and data-based advocacy. Afrobarometer’s online data analysis portal is another cutting-edge platform that empowers African citizens to carry out their own analysis.

As we look back at Afrobarometer’s journey, we are reminded of Nelson Mandela’s words of wisdom: “Remember to celebrate milestones as you prepare for the road ahead.”

DISCLAIMER: The Views, Comments, Opinions, Contributions and Statements made by Readers and Contributors on this platform do not necessarily represent the views or policy of Multimedia Group Limited.
Tags:
Afrobarometer
The journey