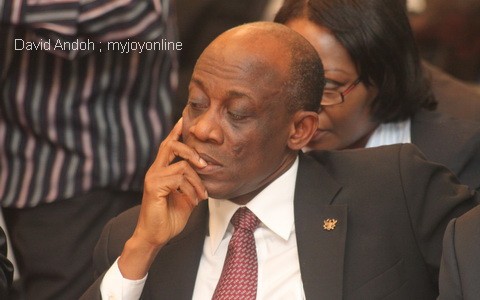 As the third quarter of 2013 draws to an end data emanating from the Bank of Ghana’s (BoG) Monetary Policy Committee, the Ghana Statistical Service (GSS) and the Ministry of Finance and Economic Planning has indicated that government is likely to miss three of its most important economic targets for 2013, although not by inordinately wide margins.

The targets likely to be missed are those for overall economic growth, as measured by growth in Gross Domestic Product; inflation as measured by the Consumer Price Index; and the fiscal deficit. However, the fourth crucial target, for gross foreign reserves, might possibly be exceeded, judging by the latest figures available.

For 2013, the growth target set by government is 8.0%. While the GSS has not yet released its own computations for GDP growth during the first half of this year.

The BoG’s Composite Index of growth computations closely in the past has risen by 7.1% over the 12 month period up to the end of July 2013, this indicating that actual growth is lagging behind what is needed to meet the target for the year.

However, BoG Governor, Dr Kofi Wampah reckons that economic growth will pick up during the last quarter of the year in response to the current increase in public spending and the traditional rise in private consumer demand during the year-end festivities. He is confident that actual growth performance for the year will be close to the target even if does not quite reach it.

The International Monetary Fund is not so confident though. Last week an IMF staff team concluded a visit to Ghana during which it met with Vice President Kwesi Amissah-Arthur, Finance Minister Seth Terkper, Dr Wampah himself, other senior government officials and representatives of think tanks and the private sector.

At the end of the mission its leader, Christina Daseking, announced that the Fund expects full-year growth of only about seven percent.

The BoG has also resigned itself to the fact that the government’s end of year inflation target of nine percent will be missed as well. Indeed the central bank doubts whether it’s own, looser inflation target which has an upper band of 11% can even be met.

The central bank’s Monetary Policy Committee (MPC) acknowledges the marginal fall in inflation to 11.5% in August after six consecutive months of rising headline inflation, which it interprets as an indication that the pass-through effects of earlier petroleum price increases may be ending. It also notes that all the bank’s measures of core inflation – which excludes volatile items and government administered prices such as petroleum products and utilities indicate some easing in underlying inflation.

However the MPC also acknowledges several factors that will put renewed upward pressure on inflation between now and the end of the year. One is the 20% hike in petroleum prices and transport fares in September.

Another is the impending upward adjustments of utility tariffs expected from October. Both of these are bound to translate into upward pressure on inflation even though this will be moderated in part by falling food inflation as this year’s harvest has its effects on food supply.

Consequently the MPC not only notes that inflation remains slightly above projections, but also reckons that it will not move back into the target range until the first half of next year, and this only if there are no further shocks such as an increase in imported commodity prices.

Dr Wampah points out that government’s remedial measures in the form of new taxes and higher- petroleum product prices are kicking in and imminent hikes of electricity and water tariffs, as well as increased tax revenues from increasing economic activity should improve the fiscal position. However he is uncertain whether these will be enough to reduce the deficit to the target for 2013 in time.

The IMF however has drawn its conclusions and believes that it will “be difficult” for the government to keep the deficit below 10% of GDP.

However there is the strong possibility that the year-end target for gross international reserves may be exceeded despite export revenue growth being virtually flat so far this year. While merchandise export earnings only grew by 4.1% during the first eight months of this year, compared with the corresponding period of 2012, the import bill actually fell in the face of sluggish economic activity.

Also, an improvement in net outflows from the services, income and transfers account and even more importantly, large net inflows of short term investment capital improved both the current account deficit and the capital account surplus. The cumulative result of all this is that by August gross international reserves had risen to US$5.8 billion, enough to cover 3.2 months of imports, up from US$5.3 billion, or 3.0 months of import cover as at the end of December last year.

Ghana’s foreign reserves are about to receive another boost from the US$1.2 billion loan syndication for cocoa purchases.

However the BoG admits that the country’s external position is still precarious with risks emanating from uncertainties in the global markets.

Indeed with Ghana increasingly dependent on foreign capital to finance its supposedly domestic debt in addition to its external debt, the country is becoming more and more vulnerable to the possibility of foreign investors fleeing with their monies to other economies if the cedi depreciates significantly or if the yields on government treasury instruments get too close to those in more mature markets.

Warns the IMF’s Daseking:”The economy is exposed to risks from a potentially deteriorating external environment and global financial pressures.”