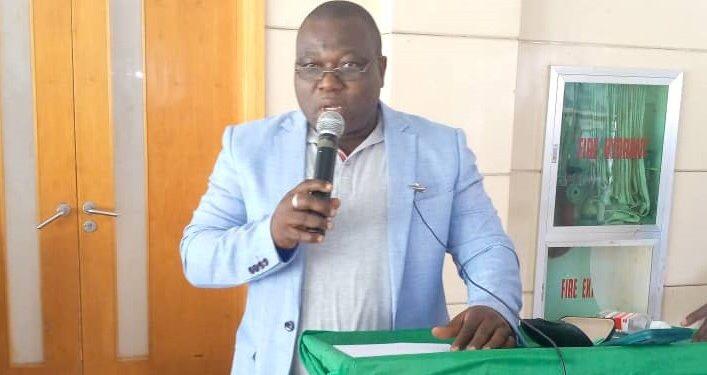 All five athletes representing Ghana in the Men’s 4x100m relay event at the 2020 Tokyo Olympics are products of Ghanaian universities.

GUSA have over the years lacked the requisite attention and resources needed to enhance sports development at the tertiary level.

The Association has however made strides over the years in producing athletes to compete for Ghana at the international stage.

Members of the relay team include Joseph Manu Oduro, a product of KNUST; and Joseph Paul Amoah, whose personal best of 20.08 seconds in the 200m broke the Ghanaian record previously held by three-time Olympian Emmanuel Tuffour, also a product of KNUST.

Ghana’s 100m record holder, Benjamin Azamati who made his personal best of 9.97 seconds in March this year competed for the University of Ghana before joining West Texas A&M University in the USA.

There have been incessant complaints by officials of GUSA to get the government’s support and attention on Universities’ Sports to help increase the level of sports participation by athletes in the various schools.

Shaibu Ibrahim Tanko is the latest top official at GUSA to add his voice on the subject during an interview with LUV FM’s Delali Atiase on Ghana’s participation at the Olympics.

“That’s a plus to GUSA as well as the country because it tells us that we have to invest in the school’s sports and that of the Universities.

“Because that’s where we can catch them young as well as develop them to the professional level so the government should really support sports, especially the Universities.

“That’s the elite group, they are more understanding, can be taught and all that so we expect the government to really push money into Universities’ Sports,” he stressed.

Responding specifically to the kind of support GUSA needs, Shaibu Tanko who doubles as coach of Ghana Premier League returnee, Real Tamale United (RTU), stressed that, most of the athletes who compete at the various Universities are on scholarships offered by the schools but this cannot be enough.

DISCLAIMER: The Views, Comments, Opinions, Contributions and Statements made by Readers and Contributors on this platform do not necessarily represent the views or policy of Multimedia Group Limited.
Tags:
Athletes
GUSA
Olympics 2020
Tokyo 2020 Olympic Games