2024 elections: NDC has to work excessively if Mahama is flagbearer – Former Ambassador to Dubai - MyJoyOnline.com

2024 elections: NDC has to work excessively if Mahama is flagbearer – Former Ambassador to Dubai 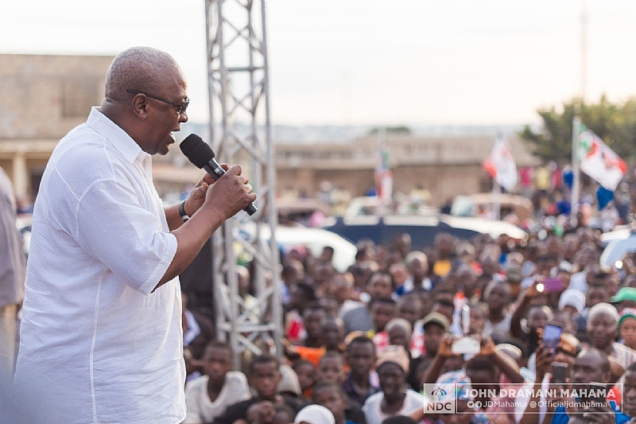 A former Ghana’s Ambassador to Dubai, Daniel Osei has intimated that the opposition National Democratic Congress (NDC) would have an enormous task in winning the 2024 elections if it selects former President John Mahama as flagbearer.

According to him, the national executive of the NDC will have to work “excessively” if Mr. Mahama is chosen to lead the party.

“We will have to work double if John Dramani Mahama still stands as the flagbearer of the NDC in the 2024 election. This is someone who was once the President of the country whose picture was in everybody’s office but was still voted out,” he said.

His projection comes on the back of the publication of the Economic Intelligence Unit (EIU) report that NDC stands a better chance of winning with a “fresh candidate”.

Speaking on Adom FM’s Burning Issues Mr. Osei asked the party to accept the EIU report and find a new member of the party who is equally capable of leading the party.

He further observed that the national executives are laid back when it comes to working and organising the grassroots ahead of the 2024 elections.

“I think the executives of the party are also disappointing the party. The NPP has already started activities but the opposition party NDC is still quiet. They should by now have started engaging the grassroots and registering the youth for more votes,” he opined.

A Senior Lecturer of Political Science at Kwame Nkrumah University of Science and Technology (KNUST), Dr. Amakye Boateng however opposed the portions of the report of EIU.

He noted the criteria for governance include experience and other qualities which former President Mahama possesses.

“I don’t support what the EIU report is saying because to be a President requires some qualities which include experience and I think the former President of Ghana, John Drama Mahama, has them all.