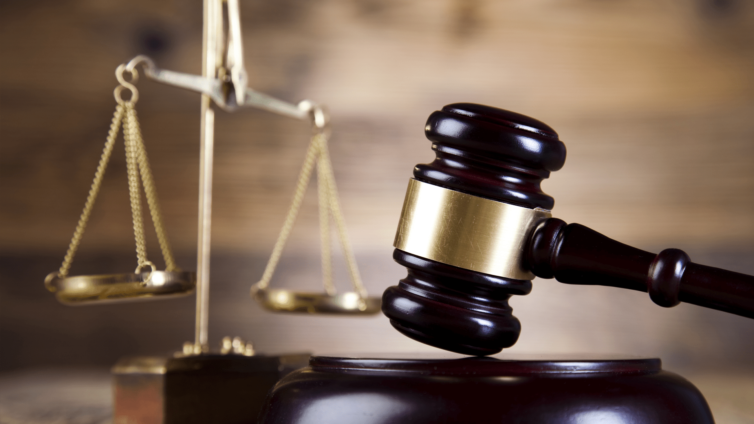 The National Democratic Congress (NDC) protesters who were arrested by Accra Regional Police Command for unlawfully demonstrating have been arraigned and granted bail by the Adjabeng Court on Friday.

The 30 protesters were reported to have jammed major streets leading to the EC Headquarters, amidst the burning of car tyres, pelting stones and causing heavy vehicular traffic and congestion on Thursday.

Lawyer for the suspects, Francis-Xavier Sosu, commenting on the matter on Friday, said the suspects were entitled to bail as it is their constitutional right.

“We were just hoping that court will be magnanimous and admit them to bail which is also their constitutional rights, then we can, at the appropriate time enquire into the matter.”

He, however, noted that a number of the suspects have “sustained injuries yesterday as a result of some assault during the arrest.”

The protestors were demanding that the EC rescind its declaration of the New Patriotic Party’s Presidential Candidate, Akufo-Addo as the President-elect for the 2020 Presidential elections.

According to them, the National Democratic Congress’ John Dramani Mahama is the rightful winner of the December polls and should be declared as such.

They said the protest will continue until the change is made by the EC.

Meanwhile, Lawyer Francis-Xavier Sosu, assured that the party will ensure such activities do not repeat itself.

“I believe that as a very responsible political party all steps are been taken to ensure that if any anyone wants to embark on such action, you give the police notice in accordance of the public order act.”

He further advised that even though protesting is a constitutional right, one must ensure it does not jeopardise other people.

The Public Order Act, 1994 (Act 491) requires that organisers of special events must duly notify the police ahead of intended demonstrations.

DISCLAIMER: The Views, Comments, Opinions, Contributions and Statements made by Readers and Contributors on this platform do not necessarily represent the views or policy of Multimedia Group Limited.
Tags:
Electoral Commission
Francis Xavier Sosu
NDC Demonstration
NDC Request Bail