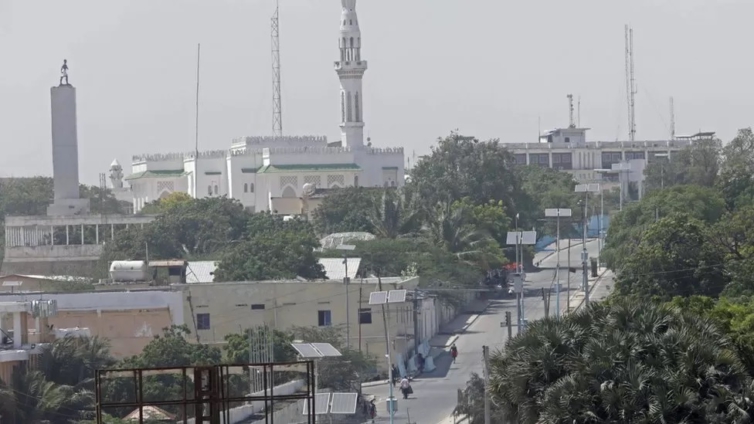 Somali forces are battling to regain control of a hotel seized by militants in the centre of the capital, Mogadishu, on Sunday evening.

At least four people have been killed and dozens more injured in the siege which has lasted more than 12 hours.

Witnesses have told the BBC of hearing multiple explosions and heavy gunfire coming from the popular Villa Rose hotel near the presidential palace.

The al-Qaeda affiliated group al-Shabab has said it carried out the attack.

The Villa Rose Guest hotel is popular with government officials and several ministers have confirmed being rescued.

At least one minister, Mohamed Ahmed, is reported to have been injured while another, Environment Minister Adam Aw Hirsi, told reporters he had survived the attack.

Al-Shabab has continued to carry out attacks in central and southern Somalia despite recent government troops backed by African Union forces and local militias retaking areas previously captured by the group.

One eyewitness described hearing a “huge blast, followed by a heavy exchange of gunfire”.

“We were shaken,” Ahmed Abdullahi, who lives close to the scene, told the news agency. “We are just indoors, listening to gunfire.”

Two months later, twin car bomb explosions near a busy junction in Mogadishu killed at least 100 people. Al-Shabab also said it was behind that attack.

President Mohamud subsequently mobilised the Somali army and government-backed clan militias in a bid to take villages and towns from al-Shabab, which controls large swathes of the country.

BBC Africa correspondent Andrew Harding recently spent time with the so-called “lightning” brigade, which is funded by the US and plays a central role in the uprising against al-Shabab.

Al-Shabab has a long history of targeting hotelsknown to be frequented by government officials and foreigners.

The militant group’s central aim is to topple Somalia’s government and establish its own rule based on a strict interpretation of Islamic law.

DISCLAIMER: The Views, Comments, Opinions, Contributions and Statements made by Readers and Contributors on this platform do not necessarily represent the views or policy of Multimedia Group Limited.
Tags:
Hotel attack
Somalia