‘60% of drivers in Ghana are mentally unstable’ – Mr Logic 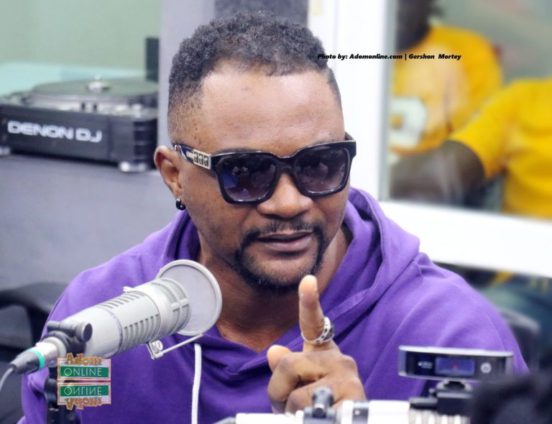 According to Mr Logic, this “survey” makes it imperative for The Drivers and Vehicle Licensing Authority (DVLA) to include “psychological tests” as a requirement for issuing driver’s license to applicants.

Speaking on Daybreak Hitz, he said “going forward, we should add psychological tests as part of getting driver’s license in Ghana. That is because 60% of drivers in the country are mentally unstable,” he told Andy Dosty on Hitz FM.

As a way to vent his frustration, he lamented that most of the drivers on the road are ‘mad’, and this should serve as an awakening to the DVLA to review the driver’s license acquisition process, otherwise, the rate of road accidents would not lessen anytime soon.

“The number of mad men on our roads eh, if DVLA doesn’t wake up to make ‘psychological tests’ a driver’s licensing requirement, accidents would not stop in this country. I am telling you,” he averred.

This outburst comes after Mr Logic survived a life-threatening motor accident on Monday morning due to a reckless driving steered by a ‘trotro’ driver, whom with full speed, overtook more than seven vehicles ahead of him, forcing other commuters on the left lane to drift to the right lane under duress.

This led to an altercation among the drivers and passengers, who nearly took matters into their own hands, after the ‘trotro’ driver refused to take responsibility for his actions.

The incident happened on the Wisconsin University road leading to the GIMPA stretch.

Mr Logic went further to argue that motor accidents in the country are not solely caused by the poor conditions of the roads, but the behaviour of undisciplined drivers is part of the menace.

The outspoken on-air personality admonished that road accidents would reduce drastically in Ghana, should the DVLA heed to his call.