8 reasons why you hate 'the other woman' more than your cheating husband - MyJoyOnline.com 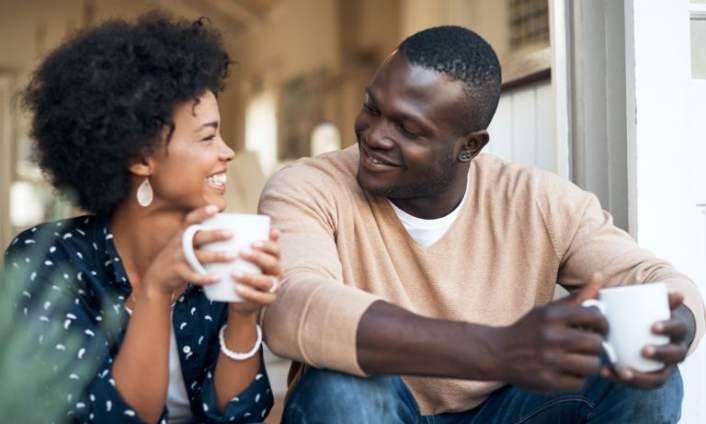 When you discover infidelity in your relationship and you’re staring down the proof of an affair, a lot of emotions tend to bubble up.

But why is it when your husband is cheating on you, the majority of your anger gets directed at his mistress, the “other woman,” instead of him, the cheating spouse? Being angry after finding out your spouse is betraying your marriage is normal.

But have you wondered why so much of that pain goes toward someone you’re not in a relationship with?

You confess to your best friend that your husband cheated on you. She may console you for the first few minutes, but quickly the both of you redirect all of your focus on the other woman.

Who is she? What does she look like? Who does she think she is? You laugh and rage as you call the other woman a homewrecker and other derogatory names.

You obsess about making sure she gets what she deserves, plotting your revenge. You may fantasize about beating her up or shaming her publicly. You feel thrilled when you hear about anything dreadful that happens to her. Anyone who hates her is now a friend of yours in your mind.

Meanwhile, you have little to say about the man in question — your cheating husband.

All the blame and shame falls on the other woman. Why is that? Men have cheated since the dawn of time. In the early 1900s, researchers spoke about the “Coolidge effect” which is just a snazzy name indicating men need sexual variety in partners. In 1910, Carl Jung wrote a letter to Sigmund Freud stating, “The prerequisite for a good marriage it seems to me, is the license to be unfaithful.”

It’s almost like we, as a society, expect men to cheat, even though a study by the University of California-Irvine revealed that only 11 percent of adults have actually cheated on their spouse.

According to relationship expert Charles J. Orlando, men who cheat often admit knowing perfectly well that they’re hurting their wife — the very one they claim to love.

They understood the risk of losing their family and sacrificing their own integrity, but their own needs and wants feel unmet, so they lie to their wife anyway (deliberately) about cheating and they sometimes also lie to the other woman about even having a wife.

He made the choice to cheat on you, but when the everything hits the fan, he manages to convince you that he’s just an innocent victim of her advances and your neglect. You feel vindicated in blaming the other woman and, in turn, ignoring the fact that he purchased her lingerie, took her on trips, and sent sensual messages to her. He did those things repeatedly, for an extended period of time, by choice.

So, why don’t women hold their cheating man more accountable (or at least equally accountable) than the other woman?

Here are 8 reasons why you’re more angry at the other woman after discovering an affair than you are at your cheating husband:

1. You see the other woman as a threat.

You’ve bought into the belief that a man has no self-control when it comes to sex. So there’s no way he’s capable of practicing free will when a woman clearly seduces him.

2. You see the act of cheating as a personal rejection.

You begin to compare yourself to her in an effort to make yourself a better catch. After all, you’re prettier and smarter than her! It’s necessary to see her as a cold-hearted monster that set out to destroy your life if you’re looking at her in comparison to yourself.

3. It’s too hard to accept that he betrayed you.

Hating and shaming the other woman is much easier than admitting that your man is treating you like dirt. And that he chose to hurt you that way. He’s OK with getting his needs met at your expense.

4. You believe if it wasn’t for her, your husband would not have strayed.

It’s hard for you to see that your man would have found another woman to cheat with if it wasn’t her. If it wasn’t specifically an incident about her than you’re left worrying about every other female your cheating spouse is near.

Confident in your own personal values and integrity, you’re certain she has none of her own. You think any woman who falls for a married man (whether she knew he was married or not) is an evil being, out to destroy lives.

6. You don’t want to face your own flaws.

It’s hard to admit that you made the wrong decision to trust your spouse. After all, you love him and want him in your life, so it’s hard to see him as the villain.

7. You believe that once she’s gone, you’ll return to living happily ever after.

This is a common form of denial. You’re not emotionally ready to let go of your cheating husband or the notion that your marriage is safe and happy.

8. If feels safer to hurl your anger and blame at her.

This is especially true if your husband is controlling or violent. You’re afraid to confront him and believe that confronting her is a less volatile option.

In order for you heal, it is important for you to hold him accountable for his actions. He is the one that made vows to you. He made a choice to break those vows. If a man is going to cheat, he can always find someone willing to play with him. He had his reasons for cheating. The other woman did not force him to do anything he didn’t want to.

You will probably never be friends with the other woman. But, you’ll never know the whole truth about what happened and why.

She has her story, you have yours, and the cheater has his. She is not responsible for your feelings — you are. Deal with your emotions, and decide how you want to proceed in your life.

Tags:
Cheating
Relationships
the other woman