Let Ghanaians be the judge of our work – Kojo Oppong Nkrumah - MyJoyOnline.com

Let Ghanaians be the judge of our work – Kojo Oppong Nkrumah 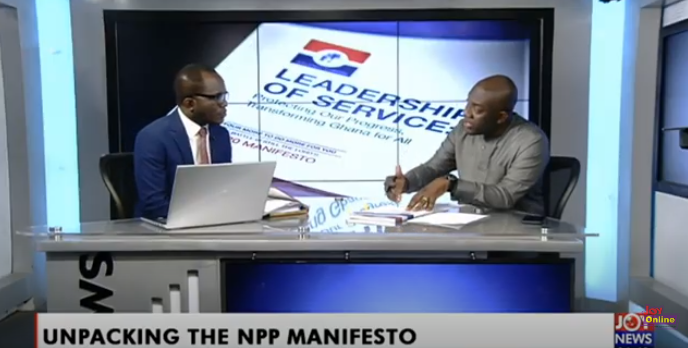 Information Minister Kojo Oppong Nkrumah says judgement on whether the New Patriotic Party (NPP) has honoured its 2016 campaign promises during their first term in office should be left to Ghanaians.

Speaking on JoyNews’ PM Express: Unpacking the NPP Manifesto, the minister said government has fulfilled majority of the total promises made to the people of Ghana in 2016 despite the many constraints they faced.

In 2016, the NPP government promised that by the end of their first term, every district would have a factory under the One District One Factory (1D1F) initiative.

Although this pledge is yet to be fulfilled for every district, Mr Oppong Nkrumah said that work had been completed on approximately one-third of the total number of factories promised, while the rest were currently ongoing.

Asked whether the NPP government would be able to achieve the 1D1F promise by December 7th, the minister said: “My answer to you is that today as we speak, we have 232 that we are working on, out of which we have 76 completed and are functioning.”

According to him, the number of completed factories is a demonstration of their commitment to their promise. This, he believes, is enough to inform the Ghanaian voter in their decision going into the December 2020 polls.

“If by the time we are done with it, we are able to showcase to the people of Ghana that this was our commitment; it wasn’t a hoax.

“This is how much of it we have been able to deliver in this period and we are pretty confident that the Ghanaian people looking at it…will know that this administration has kept faith with the promise in the midst of all the constraints and they will make a judgement. We will leave them to that judgement.

Although the Information Minister stated that government was still working on remaining, he was unclear as to whether all 156 factories will be completed by the time the gavel comes down on December 6.

Kojo Oppong Nkrumah, however, added that should the NPP government be retained for another term, they will ensure the remainder of the promises are fulfilled and projects completed.