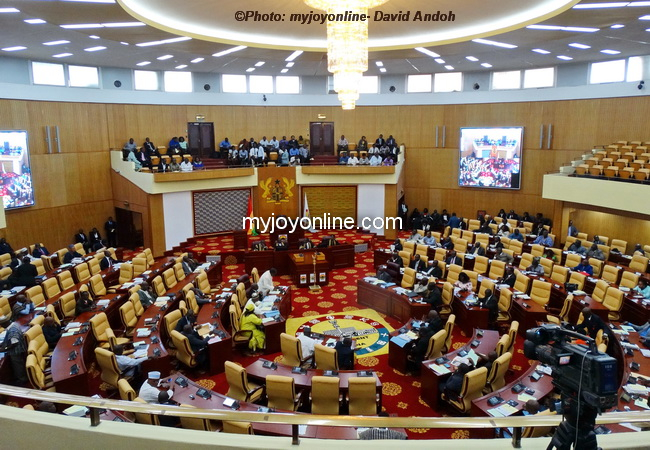 Parliament has observed a minute silence for the victims of the deadly accident that occurred at Ampomakrom in the Kintampo South constituency of the Bono East Region.

Before then, Parliament was criticised for not showing concern about the predicament of victims of the twin accidents on Friday that claimed over 70 Ghanaian lives but rather paid their tribute in memory of the victims of the Christchurch shooting in New Zealand and Cyclone Idai in Zimbabwe, Mozambique and Malawi.

The Speaker Professor Aaron Mike Oquaye expressed concern over media reports that the legislature slighted the victims of the twin road accidents in Kintampo South and another in the Central Region.

He refuted claims that Parliament was indifferent about the difficulty of the victims of the twin road accidents which claimed many lives, explaining that the MP for Kintampo South, Felicia Adjei had been earlier tasked by the Leadership of Parliament to brief the house on the accident.

He said the MP was still in her constituency dealing with the aftermath of the accident and thus, commiserations were shelved until her return.

Prof Oquaye speaking to the MPs also stated that Parliament was concerned about the accident and it was unfortunate that the public misunderstood their actions.

He said it had come to his attention that some members of the public, wondered why there was no statement on the road accidents yesterday in the House at the time when they had talked about some tragedy elsewhere.

“We have a parliamentary press corps if the media will engage them on such matters before relevant reportage because we had good reason yesterday, the honourable member who had already filed a statement had to go outside because of what occurred in her constituency and leadership agreed that she must be the appropriate person to lead the statement in this honourable house.

“He also added; “We will want the public to also publish this as a way of reflecting the truth of the matter, this house is very much concerned about such matters and will address such matters with expedition and dutifully”

Prof Oquaye also allowed Members of Parliament (MPs) to pay their tribute by a statement on the floor of the House to the victims of the Kintampo road accident.

The legislators who presented statements on the recent road carnage in Kintampo include; Ms Felicia Adjei, MP for Kintampo South, Dr Kojo Appiah-Kubi for MP for Atwima Kwanwoma and Mr Joseph Kpemka, Deputy Minister for Justice and Attorney General.

The MPs in their statements sympathised with the victims of the gory accident and called on stakeholders to marshal all efforts to stop the killings.

They tasked the Ministries for Roads and Highways, Transport and Interior to come out with a working solution to address the menace on the roads after the recent tragic accident.