A personal story of drug addiction and the battle to restore sanity: As told by a friend 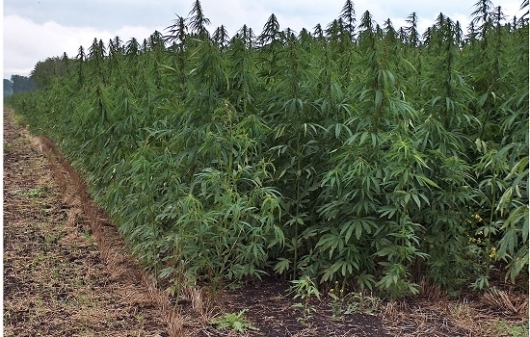 A few months ago I shared the story of how the folks I shared Akro House with  and our 1999 Year Group from Presec are helping to treat one of our colleagues who had become mentally challenged largely as a result of smoking marijuana/weed.

We have managed to pay for his medications at Pantang and visit him as often as we can as well. He is due to be put in rehab now and we are mobilising to sort that out as well.

It was during that discussion that one of our colleagues shared the story of how one of his brothers went round the bend and the struggle he and his family went through to bring him back to sanity. Yes, not everyone gets lucky to be brought back to sanity.

This is a story with lots of lessons and I am hoping by sharing it here, we will learn from this and do what we can to stop the people we know who are doing drugs and those who feel doing drugs makes them bosses and those who have slipped through our fingers.

I have been thinking of our friend and former school mate’s issue since yesterday and I want to share a personal story. It may help us in finding a lasting solution and help anyone having such challenges. I have two senior brothers before me all of whom went to Presec. The second senior brother completed in 1995.

While he was in Presec he joined bad company and got addicted to drugs. He was part of a gang that stole all the louvre blades and electrical wiring at Siberia (the Science Block at Presec) and sold them to fund their drug activities. He was the best chemistry student when he was in first year. His grades were so poor on completion that he couldn’t come home after SSSCE.

He was missing for eleven years and no family member knew his whereabouts. One day we got a strange call from a gentleman at Pokuase that my brother was dying and he has given our contact for us to contact him.

We rushed to Pokuase and found him in an uncompleted building. When we saw him, in fact he was completely a mad man. His hair was bushy and dirty. He was wearing torn clothes and smelling. He was uttering things no one could understand. We took him to Accra psychiatric hospital. The diagnosis was simple. Too much of the weed and not eating properly. He was there for treatment for a few weeks and discharged. Doctor advised that we monitor him so that he won’t go back to the weed.

This was where the battle against drug addiction begun.

One of us his siblings had to take personal responsibility for him. No other family member was willing. I accepted for him to come and stay with me and it wasn’t easy. When I leave for work, by the time I get back he would cut my bag in search for money to go and buy drugs. When I prepare food for the week he would eat everything in a single day by the time I close from work. There were days I felt like asking him to leave.

I decided to tell my Head Pastor about it so he asked me to bring him. My pastor booked an appointment with him every day from Monday to Friday to come for counselling and teachings in the Bible and prayer. I noticed that though he was making progress he still talked like a child and behaved as such.

There were ups and downs on our journey towards full recovery. It was difficult but I didn’t give up on him. I remember one of my uncles telling me that my brother would never recover so I was determined to prove him wrong. He would quit the drugs for a few weeks then he would go back again. Sometimes stealing money from me to finance it. But I realized that the support from my pastor was beginning to yield dividend. Change was taking place. He was beginning to act more responsibly and understand the consequence of his own actions.

This took place over a space of 3 to 4 years. At the end my brother began asking to resit his SSCE which surprised all of us. He attempted it and he failed. He tried it again and he passed some and failed some. It was there I realized that there was hope. The long and short of it is that my brother has not completely stopped the weed. But he has improved a great deal that a stranger would never know he once went around the bend.

He finally managed to pass the remainder of his SSCE papers and is now reading civil engineering in a Polytechnic in Ghana. In February this year, he got married. I look back and I feel like crying. Such a potential would have been wasted if we as his siblings had given up on him.

For our colleague whom we have all been taking care of at Pantang, I suggest we should look for a church mission house that would be willing to accommodate him for a season. The role of the church in our society is enormous and we should never downplay it. They would monitor him and also be praying with him. Counselling and Bible discussions would also help in transforming him apart from his medications.

I personally believe if my pastor had not intervened in the spiritual aspect, I may have given up. My brother is now ok. Only we know how he used to be. Pentecost church and others have mission houses that we can approach for assistance. Who knows, he may become a man of God with a powerful testimony to share for the world.