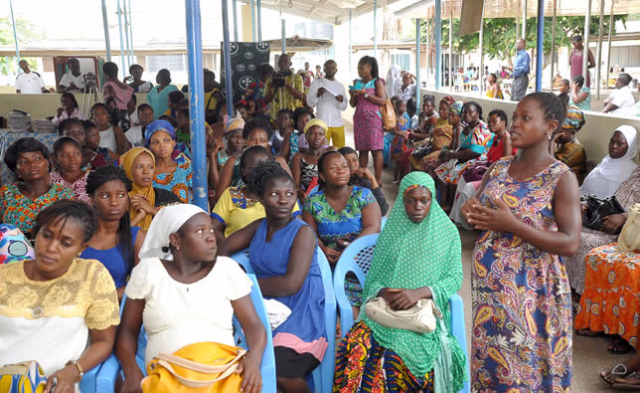 In commemoration of Foetal Alcohol Spectrum Disorders (FASD) Day, observed annually on September 9, to remind the world of the dangers associated with drinking while pregnant, Accra Brewery Limited engaged 500 expectant mothers within the Tema Municipal Assembly in a series of talks on preventable birth defects caused by alcohol consumption during pregnancy.

The brewery which is celebrating its 85th Anniversary has over the years embarked on a holistic alcohol responsibility campaign covering; Responsible Retailing Programme; Preventing Underage Drinking; and Alcohol & Pregnancy Sensitisation Programmes in line with its  goal  of creating a sociable world with  high regard for individual and community wellbeing.

Since the beginning of the three pronged campaign in 2013 more than 1000 retailers in Accra, Koforidua and Kumasi have been trained to sell responsibly; over 8900 underage persons engaged on the harmful use of alcohol and more than 3000 pregnant women educated on reasons why alcohol is harmful to them and their unborn babies.

Riding on the positive impact of the campaign in Accra and Koforidua, ABL extended the Alcohol & Pregnancy campaign to the Tema General Hospital to observe the FASD day at the ante-natal department of the hospital.

A nurse from the hospital who facilitated the interactive discussion on the dangers of alcohol intake during pregnancy, Mrs Christiana Afful Akonnor explained that when a woman drinks alcohol during pregnancy, it is carried into the foetal blood which may cause physical, intellectual and behavioural defects to the baby either at birth or later as it develops.

Speaking to journalists at the event, Ms. Adjoba Kyiamah, Corporate & Legal Affairs Director of ABL clarified the purpose for the campaign indicating that ABL’s license to exist presents opportunities and benefits to society including employment opportunities across its value chain as well as economic gain to the government through taxation.

However, these benefits come along with the responsibility to protect ABL’s customers and consumers as well as society at large.

“Alcohol abuse of any kind is a concern to ABL.  Responsible drinking is consumption that does not harm the drinker or lead to behaviour that could harm others or society.  As a subsidiary of SABMiller, a signatory to the ‘Global Beer, Wine and Spirits Producers Commitments’ our aim is to lead in empowering our retailers and consumers towards a healthier, happier and safer community through reminders such the commemoration of the FASD Day and other programmes ABL undertakes throughout the year” she  concluded.