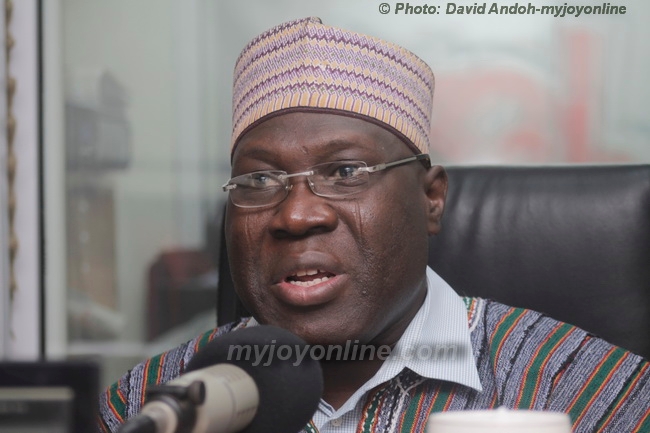 Ranking Member on the Constitutional Legal Affairs Committee in Parliament, Inusah Fuseini has described the cancellation of the December 17 referendum by President Akuffo Addo as a violation of Ghanaians rights.

Speaking to PM Express’ host Evans Mensah on Monday, the legislator said the President does not have the power to just halt a scheduled referendum.

“So the President cannot arrogate to himself to answer the question,” he explained.

A Referendum was to be held on December 17, 2019, to enable citizens to decide if an entrenched clause in the 1992 Constitution Article 55(3) needs to be amended to permit political parties in Ghana to participate in local government election.

But President Akufo-Addo in a televised address to the nation Sunday night aborted processes and ordered the Local Government Ministry to officially withdraw it on the floor of Parliament.

The Member of Parliament for Tamale Central further indicated that the referendum, however, did not adequately deal with the issue of citizens electing their own Metropolitan, Municipal and Districts Chief Executives (MMDCEs).

According to him, Article 55(3) prevented parties from sponsoring MMDCEs whereas, Article 248(2) prohibits individuals from campaigning on political colours, so if the referendum was held, only one aspect of the entrenched clauses will be amended.

Chairperson of the National Commission for Civic Education (NCCE), Josephine Nkrumah who was also on the show lamented the abortion of the Referendum.

She was of the view that Ghanaians have missed a “golden opportunity” to restructure governance at the local level.

“And we do not know if we are ever going to get such opportunity back,” she added.

“And so, to that extent, I am hoping that we can sustain that conversation and continue to garner that interest of Ghanaians and local governance.”

“Now we will withdraw the adverts and we are looking at editing them because we do not have the resources to go back to the drawing board,” she stated.

She, however, assured citizens that the Commission will still pursue their mandate on sensitizing electorates to turn up on December 17 to vote for their assembly members and their unit committee members.