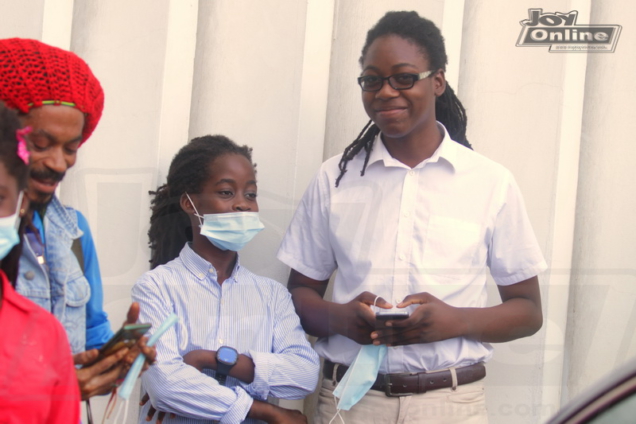 Fellow in Public Law and Justice with the Ghana Centre for Democratic Development (CDD-Ghana), Prof Stephen Kweku Asare, has stated his disappointment that the Accra High Court did not award compensation to the two Rastafarian students in their case against the Achimota School.

“I was disappointed that the judge did not award compensation, and the theory she advances is that well, the students and the school are going to have on-going relationships, and so compensation may not be proper,” he said on JoyNews‘ Newsfile, Saturday, June, 5.

This, he explained, was “because compensation is something that is awarded as a result of a past transgression, as a result of denying these guys two months of education.”

The students have reported to the school following a ruling by a Human Rights Division of the Accra High Court presided over by Justice Gifty Agyei Addo, on Monday, that the rules of the School could not limit the fundamental human rights of the two students in question.

The Accounting Professor, who was speaking on Newsfile Saturday said although the students, Oheneba Kwaku Nkrabea and Tyrone Marhguy, had been enrolled, the absence of compensation may only fuel a future occurrence.

“We can’t just say well, let’s pretend nothing happened, come to school and let’s get along.

“If you do that, not only are you taking away from the case, but you are also incentivizing the School to misbehave in the future,” he told host Samson Lardy Anyenini.

Mr Stephen believes applying cost to such conducts will inculcate some form of responsibility as “People learn, agencies learn when there is a price for their misconduct.”

He alleged that most administrative agencies in the country pay less attention to administrative effects as they know there shall be no cost imposed.

“In Ghana, most of these administrative agencies are too careless when it comes to applying the law.

The two students have participated in end of semester examinations, hoping that they come out with flying colours.

“How are they going to write that exam if they’ve been denied education for two months,” he quizzed.

He said the judge should have placed an injunction on the school to allow the students to attend lectures while the matter was still being heard.