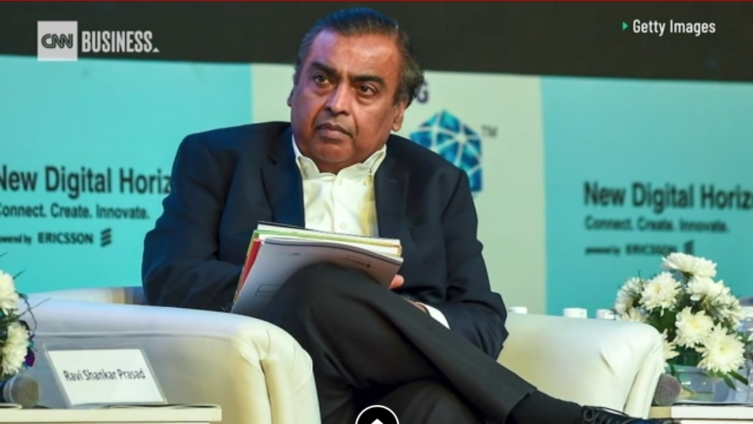 India’s Gautam Adani has overtaken his fellow countryman Mukesh Ambani to become the wealthiest person in Asia, according to Bloomberg’s list of the world’s richest people.

The 59-year-old founder of Adani Group controls companies ranging from ports and aerospace to thermal energy and coal, and now has a net worth of $88.5 billion, according to the Bloomberg Billionaires Index.

Like other billionaires around the world, Adani has seen his wealth skyrocket during the pandemic. He was worth less than $40 billion at this time last year.

With this massive spike, he has overtaken India’s energy-to-tech entrepreneur Mukesh Ambani, to become the world’s 10th richest person.

Adani Group has performed exceptionally well on the Indian stock market during the pandemic.

Shares of Adani Enterprises have jumped more than 1,000% on the National Stock Exchange in Mumbai since June 2020, a sign that investors are optimistic about Adani’s ability to bet on sectors such as infrastructure and renewable energy, which are key to Prime Minister Narendra Modi’s economic development goals.

Ambani, who controls Reliance Industries, is now in the Bloomberg index’s 11th spot with a net worth of $87.9 billion.

This wasn’t the only upheaval the billionaires ranking has seen recently. Last week, Meta, the parent company of Facebook, saw a historic collapse on its stock market, which has wiped more than $30 billion off Mark Zuckerberg’s personal wealth.

The CEO and co-founder of Meta now stands in 13th place on the Bloomberg Billionaires Index.