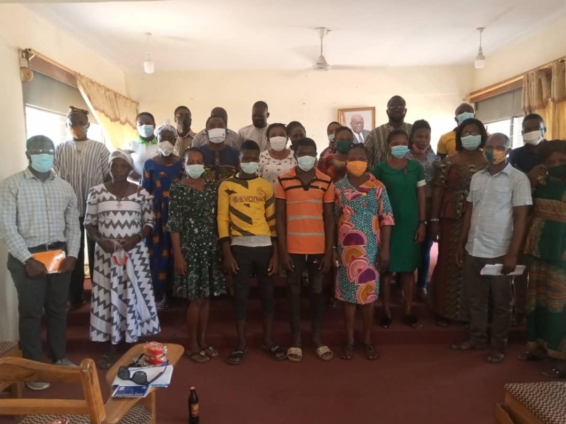 The Alliance for Reproductive Health Rights (ARHR) has initiated a project to create sexual and reproductive health and gender-based violence awareness among young girls, boys, and persons with disability in rural communities.

The project, dubbed: “Adolescent Sexual and Reproductive Health Rights” was launched at the Jirapa Municipality of the Upper West Region.

It will be implemented in partnership with Harnessing Youthful Talents for Rural Development (HAYTAFORD) with funding from the United Nations Population Fund (UNFPA).

Speaking during the inception meeting, Mr Nii Ankonu Annorbah-Sarpei, the Director of Programmes for ARHR, said the project targeted adolescent girls aged 10-14 years and 15-19 years as well as marginalised and disadvantaged girls, particularly those with disability.

Mr Annorbah-Sarpei noted that when young girls were educated on sexual and reproductive health rights, some people erroneously held the impression that “you are spoiling them.”

He said the project was not to promote sex among adolescents but to support them with the information needed to protect them from being abused.

Mr Michael Aggrey, the Project Officer, referred to adolescent and reproductive health as the physical and emotional well-being of adolescents.

These include the ability to remain free from unwanted pregnancies, unsafe abortion, and sexually transmitted infections as well as all forms of sexual violence and coercion.

He noted that the project was being implemented in one municipality or district across six regions.

On implementation strategies, Mr Aggrey said the project would, among other things, identify and build capacity for adolescent health champions, and hold peer networking meetings in project districts to link adolescent girls to sexual reproductive health information and services.

It would also organise adolescent fairs, including sports and edutainment events in communities, to attract girls for education.

The Project Officer urged health personnel to make the facilities friendly for the girls to feel encouraged to walk in to discuss their sexual and reproductive health challenges for the necessary assistance.

Madam Florence Ansongmwini, the Jirapa Municipal Health Director, described the project as timely, adding that girls in school had access to sexual and reproductive health information and were, therefore, more informed than their colleagues at home.

The Municipal Health Director was excited about the inclusion of girls with disability in the campaign and the intention to also engage and build their parents and caregivers’ capacity to provide the needed care for their wellbeing.

Mr Eric Duorinaah, the Team Leader of HAYTAFORD, called for effective collaboration among stakeholders for the success of the project.