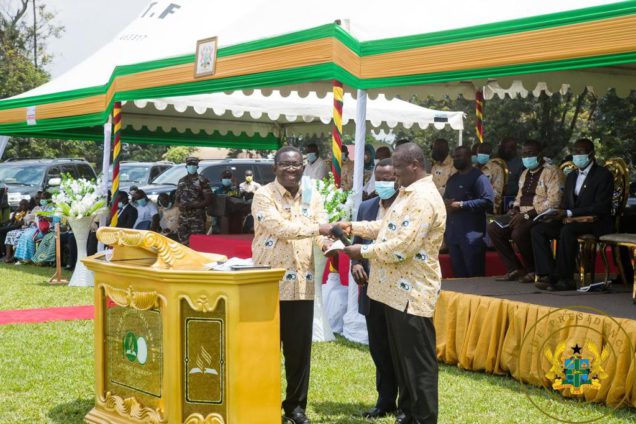 The Seventh-day Adventist (SDA) Church in Ghana has made a donation of GH₵200,000 towards the construction of the National Cathedral.

The announcement was made on Saturday, October 16, 2021 at the 100th Anniversary service of the Ash Town SDA Church in Kumasi.

Aside from the GH₵200,000 cash donation, the Church has pledged to frequently raise funds in the next three years to support the successful completion of the project.

“The Seventh-day Adventist Church wants to contribute towards the National Cathedral. In raising that particular project, we hereby announce our initial contribution of GH₵200,000. From time to time, the Church will mobilise funds to keep supporting,” the Church noted.

President Nana Akufo- Addo, who was the Guest of Honour at the event, urged members of the Church to contribute their efforts towards the attainment of effective nation-building.

The government came under criticisms after the Finance Minister, Ken Ofori-Atta, appealed to Ghanaians to donate GHC 100 monthly to help put up the project.

Following that, the National Secretariat clarified that the call for donations is its initiative and not government’s.

Many Ghanaians questioned the basis on which government will make such a call when there are many pressing issues to be addressed.

The project, which is expected to cost over $100 million, will be opened to the general public on Wednesday, March 6, 2024.

It is in fulfillment of a pledge President Akufo-Addo revealed he made to God before winning the 2016 elections.

The 5,000-seater auditorium Cathedral project will also bequeath to the country a gracious national park for all Ghanaians, bring new skills, technology, and jobs to the country, and act as a beacon to national, regional, and international tourists.

DISCLAIMER: The Views, Comments, Opinions, Contributions and Statements made by Readers and Contributors on this platform do not necessarily represent the views or policy of Multimedia Group Limited.
Tags:
National Cathedral of Ghana
Sevent-day Adventist (SDA) church