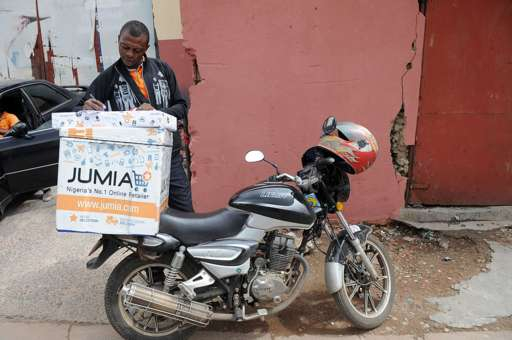 African e-commerce start-up Jumia has filed papers for an initial public offering on the New York Stock Exchange on the 30th anniversary of the worldwide web.

The company, headquartered in Nigeria, operates in 14 African countries and became the first African startup to hit a $1bn (£760m) valuation, earning the unicorn tag in 2016. It has not yet revealed a share price or valuation at this stage.

Jumia said it had four million active consumers on its platform by the end of 2018 in its filings to the Securities and Exchange Commission.

It will become the first African start-up to list on the New York Stock Exchange, giving it access to a larger pool of investors and global visibility.

Though considered Africa's Amazon for its online marketplace, it has also branched into restaurant food delivery, hotel and flight booking, classified advertising and airtime recharge.

Its largest shareholder MTN, Africa's biggest telecom company, could earn as much as $600m from the share sale if Jumia is valued at $1.5bn, as has been speculated.

The online retailer was founded in Lagos by two French entrepreneurs in 2012 but its markets cover 55% of the African population in countries like South Africa, Egypt, Ivory Coast and Tanzania.

Jumia has burned through cash since its founding with accumulated losses of almost $1bn.

It warned in the documents filed in New York that it could not guarantee achieving or sustaining profitability in the future.

It also cited challenges such as a robbery at its Kenyan warehouse late last year where merchandise worth $560,000 was stolen.

It did not give a timeline for the listing but it could be as soon as in 15 days after the filing.