Agenda 111: Government is more than ready for an audit – Dr. John Kumah 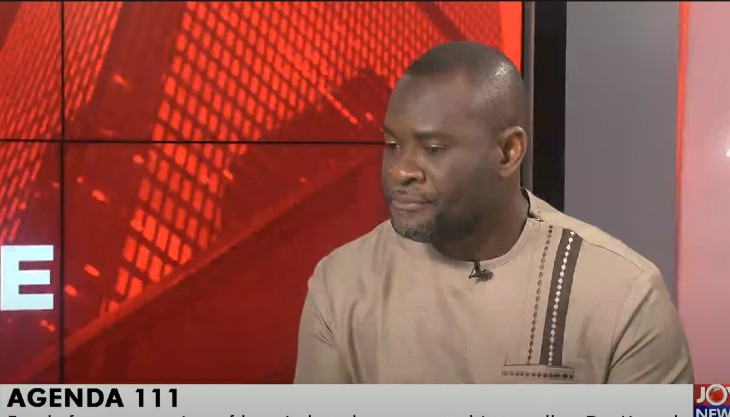 The Deputy Finance Minister, Dr John Kumah, says the government is more than ready for an audit by the Auditor-General or a reputable audit firm into Agenda 111 following allegations that GH₵600 million was used for the project prior to its launch.

According to him, although the money was initially allocated for the building of 88 district hospitals in 2020, it was not disbursed.

Speaking on The Probe on JoyNews, on Sunday, Dr. Kumah stated that the government has been as transparent as possible in the process; adding that they have nothing to hide.

Pulling a receipt on the show, he told the host, Emefa Apawu, that the money has been put into a Health Infrastructure account to be managed by the Ghana Infrastructure Investment Fund (GIIF).

“What is there to hide? The government doesn’t have anything to hide. I have even gone ahead to show you account details of where monies are. So, we are enjoined by our laws, the constitution and the financial regulations we have in this country to be as transparent as possible.”

“There is nothing to hide from anybody, so, if it is auditing that people want us to do we are more than ready and in fact, that is the role of the Auditor-General. It is his role to make sure that all of these accounts are well audited, and the necessary information put out there,” Dr. Kumah said.

His comment comes after the Minority in Parliament described as bizarre, government’s explanation on how the GH¢600 million was set aside for Agenda 111.

The NDC Parliamentarians, led by Ranking Member on Parliament’s Health Committee, Kwabena Mintah Akandoh, believe that the explanations on the whereabouts of the money leads to a conclusion that the government is hiding the truth about the GH₵600 million expenditure.

To ascertain the accuracy of the Finance Ministry’s statement, Mr Akandoh called on the Auditor-General to constitute an audit team, involving the services of a reputable international Audit Firm, to audit the processes leading to the supposed transfer and the expenditure of the GH₵600 million.

Meanwhile, Dr Kumah explained that the GH₵600 million was not utilised in 2020 because the finalisation of the contracts required had not been concluded.

“It is now that concluded awards have been made. So, now if contractors come with mobilisation guarantees, GIIF is in the position to pay them the mobilisation so that they can start work.”

“Hence, it is now that those funds are going to be utilised. The fact that you have provided it doesn’t mean that it’s been spent,” the Deputy Finance Minister added.

Dr Kumah said that as far as the Finance Ministry is concerned, the budget allocation was made as stated in the 2020 budget review and have been released to the entity concerned. Thus, it was up to the entity to make use of the funds.

“Once you allocate and release the funds, the next procedure to follow is called auditing. Auditors now have to check, you said you released the funds into this account. Was it really put into it? How much of it was used for what purpose? So, that is a different arrangement altogether,” he added.