AIDS continues to be a threat to society – Dr Ayisi Addo 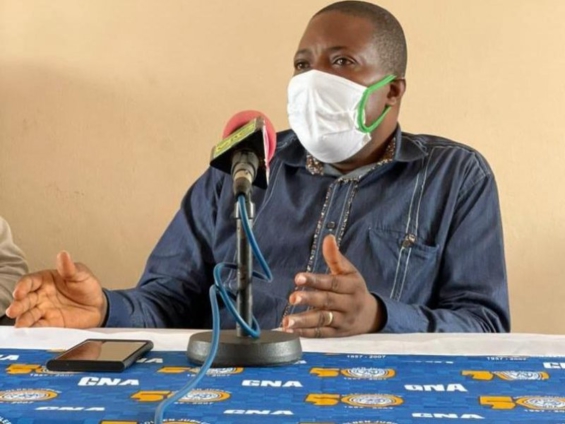 He said HIV and AIDS was still causing havoc in society and there was the need for broader stakeholder discussion to help fight the disease in the communities.

“Today people think that HIV is not a problem and they are relaxing, but I want to remind all that HIV and AIDS continues to be a major health and economic problem, which continuous to affect our social life.”

The event also served a motivational mechanism to recognize the editorial contribution of reporters towards national development in general and growth and promotion of the Tema GNA as the industrial news hub.

Dr Ayisi Addo noted that “the mode of transmission of the disease has not changed, however the death toll has reduced due to interventions; however, that does not mean we should lower our quest over the disease”.

He said the prevalence in the general population which constituted men, women, children among others was 1.7 per cent; prevalence among pregnant women was 2.0 per cent, “any one pregnant has had unprotected sex”.

The NACP Programme Manager said that transmission of HIV and AIDS from mother to child was 1.5 per cent and was not genetic, but was through breastfeeding, delivering process and other methods of transmission.

He said the prevalence among sex workers was 4.6 per cent because they were involved in multiple sexual intercourse and had numerous partners making it easy to contract the diseases.

Mr Ayisi Addo added that the prevalence among same sex partners, thus men was 18 per cent because sexual intercourse through the anus caused injuries, adding that the anus had micro-organisms, the white cells, which escalate the virus in the human system.

He indicated that the prevalence among people who had Sexually Transmitted Diseases (STI) was seven per cent because of existing conditions that facilitated the spread of the diseases.

He said HIV and AIDS was not a respecter of persons as it cuts across social, economic, or political status, hence the need for all to stay protected.

Dr Ayisi Addo emphasized the need to intensify education on prevention until a vaccine was found to prevent new infections and reduce the number of HIV positive patient.

The Regional Manager of Ghana News Agency, Tema, Mr Francis Ameyibor, explained that the era where journalists sat down in the newsroom waiting for assignment or for event organizers to invite them for coverage was long gone, and said: “it is an anachronistic journalistic practice; you can’t set an agenda when you virtually depend on speeches for news.”

He said society was losing confidence in the media, stressing that “we must therefore move away from the control of politicians and influential people to be truly the voice of the people.

“As the salt of the world, we are gradually losing our role – and will sooner than later be trampled under the feet of society,” he said, and emphasized that the Media needed to draw a line between the quest for commercialization of news and service to the needs of the people,” he said.

A Chief Editor of GNA Head Office, Mrs Dzifa Azumah advised journalists to devote time in court and crime reporting, “but do so accurately as failure to crosscheck facts could have dire consequences on you and maybe the parties involved in a case”.

Director of Communications and Public Affairs National Commission for Civic Education and Head of News at Ghana Broadcasting Corporation (GBC), Obonu FM, Ms Felicia McEwan Anamoah, were part of the discussants for the second edition.