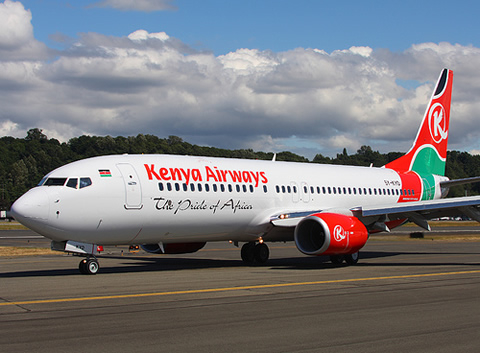 South African Airways, Kenya Airways Plc, Air Mauritius Ltd. and RwandAir are in talks to create an alliance, as they face mounting competition.

“Air Mauritius took the initiative to join forces with three other African airlines in a bid to create an alliance that would develop air connectivity in the region,” Chief Executive Officer Somas Appavou said Wednesday. “In a highly competitive environment, this alliance would allow the potential partners to create a consolidated network using the individual strength of each airline to offer passenger better choice and flexibility.”

The talks come at a time when Kenya Airways is going through a restructuring after reporting loses for three consecutive years.

In November 2017, the Kenyan government and lenders agreed to convert $405.3 million owed by the carrier into equity, giving the state a controlling stake and diluting other shareholders, including Air France-KLM. Last month, Air Mauritius reported a first-half loss of 17.7 million euros ($20.2 million).

RwandAir is prioritizing adding new routes and overhauling its existing fleet over short-term profitability as the state-owned airline focuses on supporting the country’s growing tourism industry.

“As an alliance, the partner airlines would also benefit from synergies in areas like maintenance, knowledge sharing and training while they will also have an edge in procurement activities,” Appavou said in response to questions.