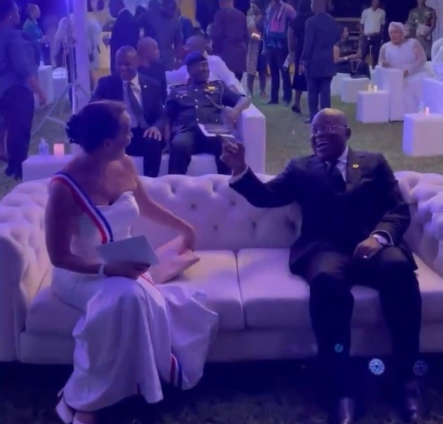 During this year’s France National Day celebration, the President honoured the France Ambassador, Ann Sophie Ave’s invitation as she commemorated it in Ghana.

The two were spotted in a viral video showcasing their dance moves as they grooved to Mr Drew’s hit song ‘S3k3’.

The French National Day, also known as Bastille Day is an annual event marked on July 14.

The day signifies the fall of the Bastille in 1789.

This day is marked by the meticulously planned traditional military parade on the Champs-Elysees, dance, fireworks and illuminations throughout France.

Some musicians present at the Accra event included Becca, Fameye among others.