Akufo-Addo urged to personally intervene in attacks on journalists - MyJoyOnline.com

Akufo-Addo urged to personally intervene in attacks on journalists 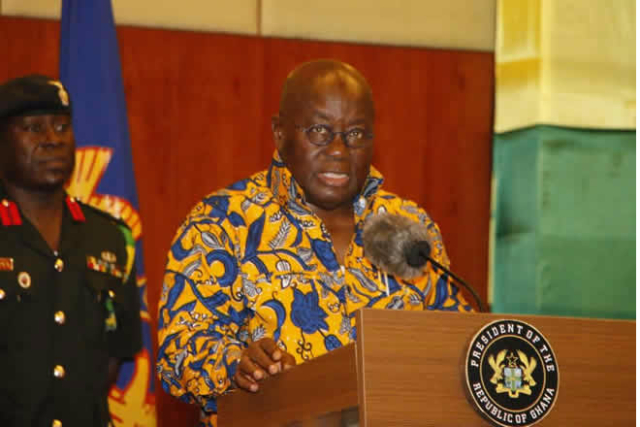 The Media Foundation for West Africa (MFWA) has asked President Addo Dankwa Akufo-Addo to personally intervene to end the wave of unwarranted attacks on journalists in Ghana.

Executive Director of the media freedom advocate, Sulemana Briamah, said it is possible the recent attacks are happening on the blind side of the President.

The comments by the Executive Director come on the back of the alleged torture of two ModernGhana journalists who were arrested by the national security operatives for their alleged involvement in cybercrime.

Mr Briamah believes the recent development is a threat to press freedom and undermines the country’s democratic credentials.

Speaking on MultiTV’s current affairs programme, PM Express, on Tuesday evening, he said the ModernGhana incident is a marker of a much deeper problem

”Certainly we are not in good times. We never expected that we will go back to things like these. We thought that our democracy was growing, our press freedom record was being strengthened but unfortunately I think we are rolling back the gain that made already,” he said after recounting the wave attacks on journalists across the country.

He added: “I think that the development, the growth, the sustainability, the viability of the media industry is a critical component of our national development agenda. And so if it is the President’s agenda to ensure that as a country we move on, we cannot move on when press freedom is under severe attack and journalists cannot do critical reporting.”

Emmanuel Ajarfor Abugri, the Editor of the online news portal, Modernghana.com, claims he was subjected to electric shock and other forms of torture by national security operatives after his arrest last Thursday.

He told JoyNews Monday, he was beaten up, slapped for unconvincing answers.

However, National Security Council Secretariat has denied the allegations.

Watch the full programme below.