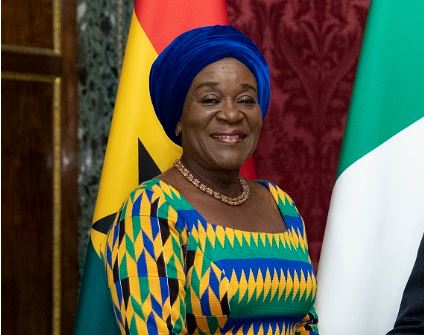 This was contained in a press statement issued by the Ministry of Foreign Affairs signed by Director of Administration, Daniel O. Okaiteye.

The release sighted by MyJoyOnline.com said: “It is with a heavy heart and profound sadness that the Ministry received the news of the sudden demise of H.E. Ambassador Mrs Eudora Quartey-Koranteng, Ghana’s Ambassador to Rome, Italy, which occurred on Tuesday, 19th October, 2021.”

The Ministry noted that a team of officials on Wednesday visited the bereaved family to commiserate with them over the loss.

On June 11, 2019, the late Eudora Quartey-Koranteng took office after she presented her letters of credence to President of Italy, Sergio Mattarella in Rome.

She installed and operationalized the Embassy’s Biometric Passport Printing System during her first year as ambassador.

Mrs Quartey-Koranteg was known for improving the efficiency of the Mission through the introduction of an effective online and passport printing system.