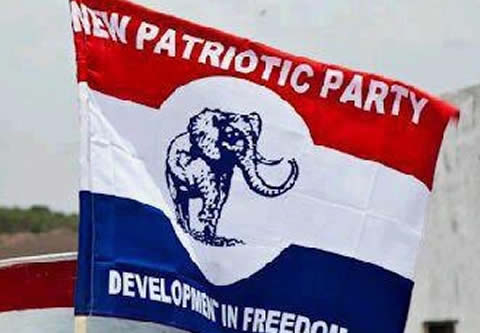 Some angry youth of the New Patriotic Party (NPP) in Walewale in the West Mampurisi district of the Northern region vandalised party properties following the Assembly members rejection of District Chief Executive nominee.

This follows President Nana Akufo-Addo's appointment of a new DCE Abu Mohammed following a decision by members of the Assembly not to confirm the earlier nominee Saaka Sayutee.

The last attempt in trying to confirm Mr Sayuti resulted in a serious exchange of blows from supporters of the then-nominee.

Lots of people have suggested that the possibility of getting a new appointee who is not from Walewale to be accepted by residents of the community is not possible and might end up with similar issues like what was experienced in Savelugu.

The Savelugu-Nanton police in the Northern Region clashed with some executives of the governing NPP at the Assembly’s office complex after they reportedly went to the premises of the Assembly to prevent the new MCE from entering her office.

Wielding machetes and clubs, the youth made their way to the office of the MCE when they were stopped by some two policemen who were guarding the office.

The officers tried to stop the youth but sensing danger, they called for reinforcement.

Joy News’ Northern Regional Correspondent, Hashmin Mohammed reports the youth clashed with the contingent of police and military personnel who were dispatched to the scene.

In the related incident, the Walewale fracas which occurred at about 10 pm on Friday, saw the youth destroying the Constituency office, Bawumia Youth For Change office as well as others properties.

They destroyed Items such as air conditioners, office chairs and documents including party billboard

Meanwhile, District Police Commander, DSP Obrako Sarpong Bempah, who confirmed the incident to Adom FM's Illiasu Abdul Rauf said, when they arrived on the scenes of destruction no youth was in the scene so they couldn't arrest anybody.

He said they are investigating the unfortunate occurrence.