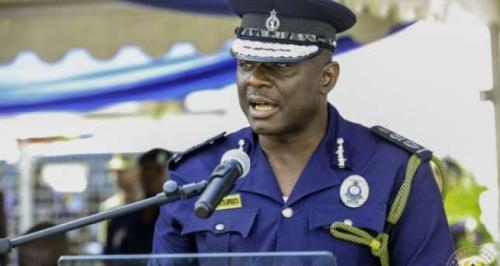 Some angry youth at Ekumfi Eyisam have attacked the police station in the area, severely injuring an officer.

According to the Divisional Police Commander, ACP Owuahene Acheampong, a group of men resorted to violence to forcefully “rescue” a taxi driver who had been arrested by the police on Tuesday, October 2, 2018.

Speaking Wednesday on The Pulse on Joy News, ACP Owuahene Acheampong explained that “the taxi driver was arrested after he drove past three police barriers after he had been asked to stop”.

“The driver did not want to stop because he had taken more people than he should have in the vehicle and after he had stopped the people in the vehicle ran,” ACP Acheampong added.

The ACP stated that the run-aways had called some people who destroyed the police station after the police had refused to release the taxi driver.

The attack on the station, however, has put Emmanuel Assan, a policeman at the station in the hospital after he got hit with stones. The ACP speaking on Pulse said, “the policeman’s situation is stable”.

He further stated that the action had destroyed many of the properties in the police station like chairs, benches, documents and some others things.

He advised the youth in the area “to be careful about their actions in the area because no one is above the law”.