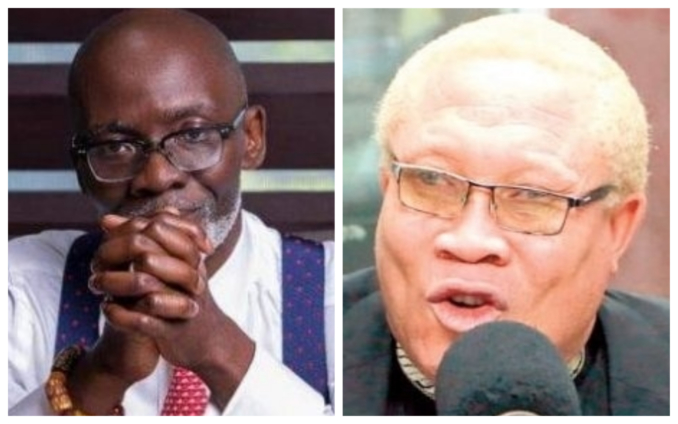 Executive Secretary of the National Coalition for Proper Human Sexual Rights and Family Values, Moses Foh-Amoaning has hit back at the Executive Director for the Danquah Institute, Gabby Asare Otchere-Darko, over some comments he made about the anti-LGBTQI+ Bill and its implications on Ghana in the international community.

Following a proposed Bill to criminalise LGBTQI+ activities in the country, Mr Asare Otchere-Darko opined that the Bill predisposes Ghana to being blacklisted for promoting hate.

But in a reaction on Joy FM’s Super Morning Show, Monday, Dr Foh-Amoaning challenged the claim, insisting that no part of the Bill promotes hate.

“I’ve heard Gabby say that those of us who are promoting the Bill are exposing Ghana to be blacklisted for hate but if you read the law, you’ll notice that this is no way about hate,” he added.

He said the anti-LGBTQI Bill, on the other hand, is aimed at strengthening the legal framework such that it can address all the manifestations of what he described as, an LGBTQI agenda.

“The facts and the statistics show that, we need to galvanise, structure the law and ensure that the right things are done. This is not something that we have to leave, if we leave, we will be blown over,” he said.

He further cautioned Mr Asare Otchere-Darko, a staunch member of the NPP, to be mindful of his words since the promoters of the Bill include senior clergy men such as the President of the Catholic Bishops Conference, the current President of the Christian Council of Ghana.

“We are protecting everyone’s rights, including the rights of those LGBTQI activists. It is a bill that promotes proper human sexual rights and Ghanaian values. Those who accept that it is a medical condition, will not be sent to jail. Those that we are after are those who say it’s a lifestyle.

“We don’t hate. He should be very careful over the language that he uses. We can’t allow a degenerate moral behavior, packaged and superimposed on us, as a way of behaviour. That can’t be right. For my good friend Gabby, I’m sorry he should not make himself an object of colonialism,” he added.