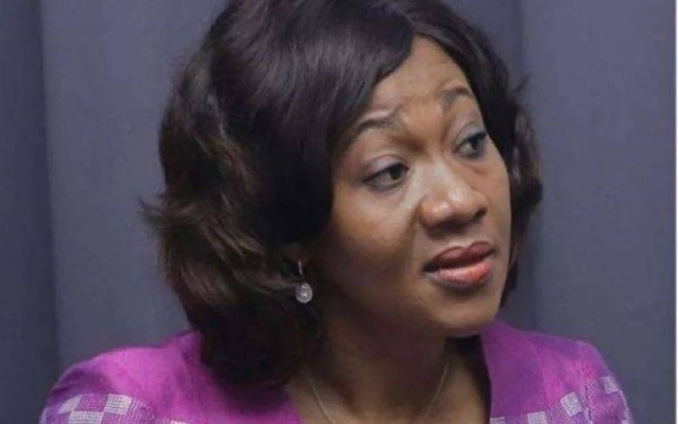 Chairperson of the EC, Jean Mensa

This comes after the governance think-tank secured a declaration from the Commission on Human Rights and Administrative Justice (CHRAJ) that Mrs Mensa failed to declare her assets on assumption of office in 2018.

The Commission said it found during its investigations that although the EC boss did not declare her assets then, she took remedial steps to do so when it was brought to her attention in the petition to investigate same.

The anti-graft body cautioned the EC boss to take note and not repeat same.

But in a petition to the president, ASEPA is asking for the removal of the returning officer for the presidential elections less than six months to the general elections.

ASEPA said it is well aware of this fact and the process should be carried out swiftly so Mrs. Mensa’s replacement can have enough time to adjust before December 7.

The group insists violation of the asset declaration clauses in Article 286 of the 1992 constitution constitutes stated misbehavior which is grounds for removal of the referee for Ghana’s elections.

Removal of the EC boss

According to the Constitution, the EC boss has the same working conditions as a Judge of the Court of Appeal.

The Constitution also says her removal from office must follow the same steps as a justice of superior court as stated in Article 146 of the Constitution.

The Constitution says, the president, upon receiving a petition for such removal “shall refer the petition to the Chief Justice, who shall determine whether there is a prima facie case.”

Where a prima facie case is determined, the Chief Justice shall set up “a committee consisting of three Justices of the Superior Courts or Chairmen of the Regional Tribunals or both, appointed by the Judicial council and two other persons who are not members of the Council of State, nor members of Parliament, nor lawyers, and who shall be appointed by the Chief Justice on the advice of the Council of State.”

The Committee shall then investigate the issues and make recommendations and submit same to the Chief Justice who shall then forward same to the President.

“The President shall, in each case, act in accordance with the recommendations of the committee,” the Constitution says.

Former EC boss, Charlotte Osei was removed from office in 2018 for procurement breaches.