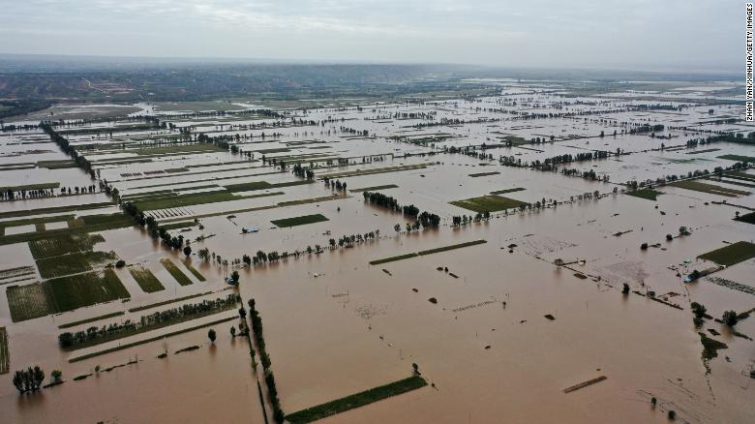 The province experienced its worst flooding this month since records began, meteorological official Wang Wenyi said at a news conference Tuesday, adding the province’s average rainfall in October was 13 times that of the same period in a normal year.

At least 1.75 million people have been affected by the flooding, which has caused at least 19,500 houses to collapse and seriously damaged another 18,200 homes, local emergency management official Wang Qirui said at the news conference.

According to Wang Qirui, the heavy rainfall and floods have caused an estimated direct economic loss of more than 5 billion Chinese yuan ($775 million) in the province.

The heavy rains also forced the closures of 60 coal mines in Shanxi, according to a statement released Saturday by the provincial government’s Emergency Management Bureau. Shanxi is China’s largest coal mining hub, accounting for a quarter of the country’s coal production.

This isn’t the first time this year that China has been hit by devastating floods.More than 300 people died after record rainfall hit central China in July, submerging entire neighborhoods in Zhengzhou, the provincial capital of Henan province, and leaving passengers trapped in subway cars.

At the time, Zhengzhou’s weather station called it a “once in a thousand years” downpour, while Henan’s water resources department went a step further, claiming rain levels recorded at some stations could only be seen “once every 5,000 years.”

DISCLAIMER: The Views, Comments, Opinions, Contributions and Statements made by Readers and Contributors on this platform do not necessarily represent the views or policy of Multimedia Group Limited.
Tags:
Flooding
Northern China
Rainfall