At no point did ‘party colour’ become a criteria for recruitment – NIA - MyJoyOnline.com 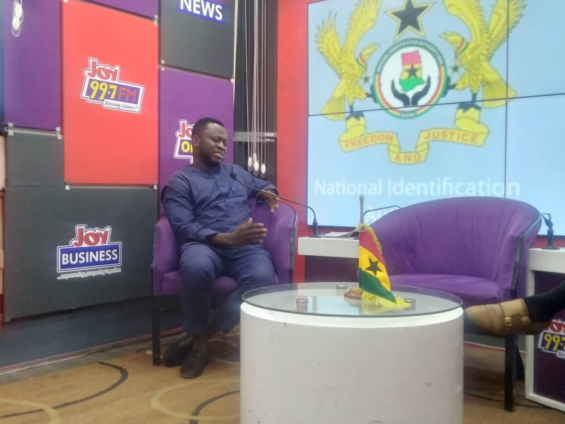 Head of Cooperate Affairs at NIA, Abdul Ganiyu, responding to concerns of Ghanaians about the Ghana card registration.

The National Identification Authority (NIA) has debunked claims that its recruitment of personnel for the Ghana Card registration exercise was based on political affiliation.

According to the Head of Corporate Affairs, Abudu Abdul-Ganiyu, personnel of the service were selected through a rigorous and very competitive process.

“At no point did party color or party card become the basis for recruitment into the NIA,” he emphasized.

He made this clarification on the Super Morning Show following concerns from the general public that party supporters have been recruited into the NIA.

In a reaction to these claims, Mr Abdul-Ganiyu explained that NIA personnel were shortlisted from people they had already worked with during the mass registration process.

“So when we were setting up permanently, we just needed to draw from that particular pool but we had worked with over 70,000 people in the field and the clearance that we got was just to recruit a little over 1,000. So we had to go through a very competitive process and the successful ones were trained and deployed as permanent staff.

“As we speak all our regional and district offices have NIA staff,” he added.