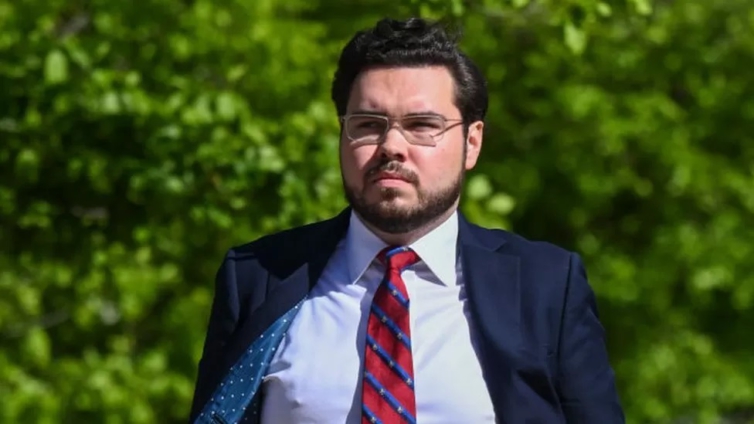 The case against a former political adviser accused of raping a colleague inside Australia’s Parliament House has been dropped.

Bruce Lehrmann, 27, denies sexually assaulting Brittany Higgins on a minister’s sofa after a night out in 2019. He maintains no sex took place.

Mr Lehrmann’s trial collapsed in October because of jury misconduct.

The ongoing risk to Ms Higgins’s mental health means a retrial is not in the public interest, prosecutors say.

New medical advice found that a planned retrial for February posed a “significant and unacceptable risk to the life of the complainant”, said Australian Capital Territory Director of Public Prosecutions Shane Drumgold.

“The evidence makes it clear that this is not limited to the harm of giving evidence in the witness box,” he told reporters on Friday.

Mr Drumgold said this outweighed his belief there would be a reasonable prospect of securing a conviction.

Ms Higgins is currently in hospital to help deal with the trauma of the alleged incident and its aftermath, according to her friend Emma Webster.

“The last couple of years have been difficult and unrelenting,” Ms Webster said in a statement.

“While it’s disappointing the trial has ended this way, Brittany’s health and safety must always come first. Brittany is extremely grateful for all the support she has received, particularly from our mental health care workers.”

The jury in October’s trial was discharged after 12 days of evidence and five days of deliberation, when it emerged one member had brought in academic research papers looking at false accusations in sexual assault cases.

Juries are required to reach a verdict only on evidence presented in the courtroom.

Before giving her account to police in early 2021, Ms Higgins gave up her right to anonymity and went public with her claims in high-profile newspaper and television interviews.

Her allegations were a catalyst for what has been called Australia’s “Me Too moment”, sparking huge protests over the safety of women, particularly in politics.

It also led to a damning review which found that a third of employees in federal parliament had been sexually harassed.

Mr Lehrmann and Ms Higgins had worked in the same office – for then-Defence Industry Minister Linda Reynolds. On 22 March 2019, they both had drinks with colleagues and others in Canberra.

Ms Higgins told police she had later fallen asleep on a sofa in Ms Reynolds’s office and had woken to find Mr Lehrmann having sex with her.

She reported the alleged rape in the days afterwards but initially did not proceed with her complaint because she feared for her career, a jury heard.

Mr Lehrmann chose not to give evidence at the trial, but in a police interview said what was alleged “simply didn’t happen”.

His lawyer, Steven Whybrow, had argued parts of Ms Higgins’s evidence were “totally and utterly inconsistent”.

If you are feeling emotionally distressed and would like details of organisations in the UK which offer advice and support, go to bbc.co.uk/actionline.

Samaritans provide a safe place to talk where calls are completely confidential. From UK and Ireland call 116 123 or visit www.samaritans.org.

DISCLAIMER: The Views, Comments, Opinions, Contributions and Statements made by Readers and Contributors on this platform do not necessarily represent the views or policy of Multimedia Group Limited.
Tags:
Australia parliament
Rape case
Trial