Austrian league given the green light for restart 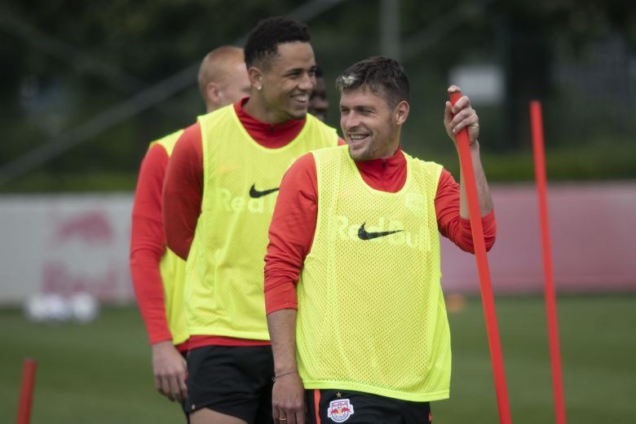 Zlatko Junuzovic (front) and Noah Okafor of FC Red Bull Salzburg during a training session on May 12, 2020.PHOTO: EPA-EFE

The Austrian Bundesliga, the country’s professional soccer league, has been given the green light to restart by the government following the coronavirus stoppage, it said on Tuesday, with all matches to be played without spectators.

The top flight teams had returned to training from April 20, with players divided into small groups, but there was an impasse after the government said that, if a player tested positive, the entire squad would have to be quarantined for 14 days.

However, after negotiations with the government, it was agreed that only the infected player should be isolated and the rest of the squad could continue training provided they returned negative results.

Full team training can begin from May 15, the league said in a statement.

“With the prevention concept developed by the experts, we guarantee the best possible protection for all players,” said Bundesliga managing director Christian Ebenbauer.

“Even if empty stadiums have no place in my idea of football, they currently give us the only chance to return to the pitch.”

The Bundesliga said that its clubs would meet on Wednesday to discuss a start date and fixture list for the rest of the season.