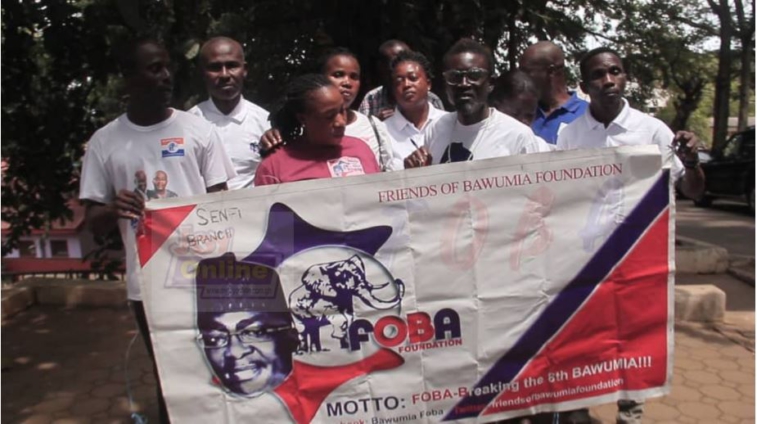 A group called Friends of Bawumia in the Ashanti Region is pleading with members of the New Patriotic Party (NPP) to refrain from engaging in ethnic politics ahead of the 2024 general elections.

According to the Pro-Bawumia faction, employing tribal comments has a propensity to damage the party and have an impact on efforts aimed at “Breaking-the-8.”

The group denounced recent health walks by some party members that they felt degenerated into tribal politics.

They described party stalwart Hopeson Adorye’s remarks regarding the future flagbearer as ethnocentric and warned that such comments would weaken the party’s chances in the 2024 general elections.

“In order to act as a deterrent to other party members, Mr. Adorye should be penalized for his tribal remarks,” according to the group’s communication officer, Michael Osei Bonsu.

“When my Chairman Wuntumi spoke, you called and cautioned him. So, we are expecting that you punish Hopeson Adorye or call him to order so that it won’t cost us again in the 2024 elections as was done in 2008,” he said.

According to Mr. Bonsu, the goal of the sanctions is to prevent party members from making the same mistakes in the future.

He also made the point that it’s important for supporters to speak highly of potential candidates rather than making disparaging remarks.

“The Vice President undertook a number of policies including, the digital system, Ghana Card, One District One Factory (1D1F) among others. This shows his competence. So let’s continue to talk about their competencies because this is an internal election, so we have to work as a team,” he noted.

He asserted that the party needs to honor the Vice President at this time as flagbearer in light of his accomplishments and labor.

DISCLAIMER: The Views, Comments, Opinions, Contributions and Statements made by Readers and Contributors on this platform do not necessarily represent the views or policy of Multimedia Group Limited.
Tags:
Friends of Bawumia
NPP