Ayittey Powers calls for a rematch with Banku - MyJoyOnline.com

Ayittey Powers calls for a rematch with Banku 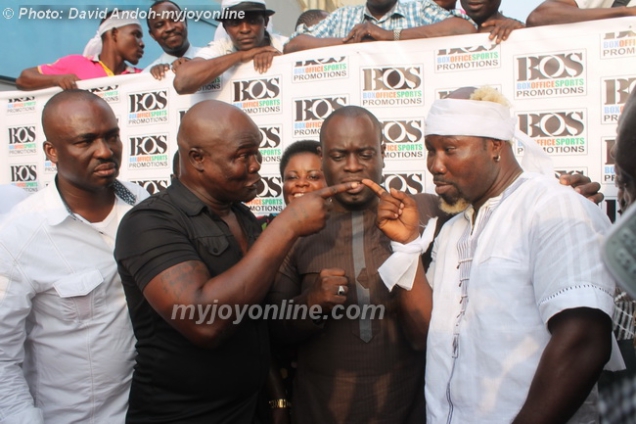 Boxer Ayitey Powers has hinted he is ready to face rival Braimah Kamoko popularly known as Bukom  Banku in a rematch t after securing his first title in three years.

Ayitey Powers  secured his first win after seven defeats in a row after  he  knocked out Bennois opponent Anicet Amossou in the fourth round of their  10-round international light- heavyweight bout  and tells   JOY Sports he is willing to stage a comeback  but only  after  these conditions are fulfilled .

According to the new International light Heavy weight title holder his insistence on a good promoter stems from the fact that he received a rather meagre sum of money after their much publicised  May 16  bout with Bukom Banku at the Accra Stadium organised by Box Offices Promotions.

"If I told you how much I got from that fight you will cry for me, the promoter earned 4million Ghana cedis and only gave us 20,000 Ghana cedis  each and after my expenses I was left with 5,300 Ghana cedis, which is  very bad .I should have left for Australia but still around clearing bout so I can't fight for a selfish promoter to take all the booty "Ayitey added

Ayitey Powers lost in a unanimous decision to Bukom Banku in a non title local grudge bout that attracted almost 20,000 fans at the Accra Stadium on May 16 last year.