B. Foster: Bread loved by many 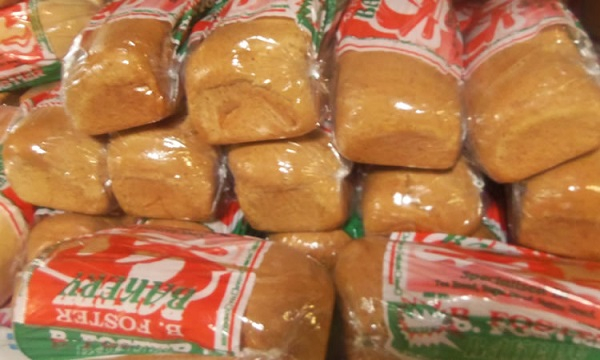 Anyone travelling from Koforidua to any part of the country might get a request from a friend asking for the famous B Foster bread to be bought for them.

Along the Accra-Kumasi or Accra Koforidua road, it appears that only one brand of this pastry is preferred by consumers.

The bread is denser, heavier and tastes better than others on the market.

Lovers of bread and those who have tasted the B Foster brand are unable to hide how they feel anytime they take the bread.

Many call it cake because unlike the rest, B Foster’s irresistible delicious taste makes even the oldest person wish for nothing but a bite of it.

The real secret behind the taste of the bread – which also passes as cake, still remains a mystery to the company’s competitors and its customers at large.

The B Foster brand has grown from a small in-house bakery into a big and well sought after one employing over 40 people.

Manager of the company, Foster Koffi said he developed interest in bread making when he was transferred to the Eastern regional capital, Koforidua.

With his first oven being a kitchen cupboard under which he placed a coal pot – which heats up the bread, he said he was motivated by a friend who had tasted the bread for the first time and requested that he baked in large quantities for him to sell.

Mr Koffi indicated that the company has been able to survive over the years due to its willingness to interact with its consumers to enable it produce bread that meets their exact needs.

The former Air Force officer will however not divulge the secret ingredient he adds to the bread to give it its unique taste.

Sellers of the bread, say it has high patronage and that their customers are usually unhappy when it runs out.

Some consumers say even though they are unable to tell what the real ingredients of the bread are, they love it anyway and will not stop consuming it.

Until a big competitor kicks in, B Foster will continue to be the best-selling bread in the country.