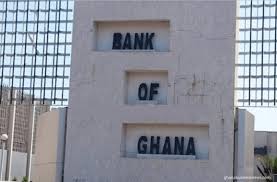 A Tribunal constituted under the auspices of the London International Court of Arbitration has dismissed all claims brought by Sibton Switch Systems Limited against the Bank of Ghana for terminating the Master Agreement for the Ghana Retail Payment Systems Infrastructure in 2017.

The Tribunal also ordered Sibton Switch to make a substantial payment to the Bank in respect of its legal fees and costs of the arbitration.

On the 9th of April 2018, Sibton Switch filed a request for Arbitration with the LCIA against the Bank of Ghana for breaching the Master Agreement for the Ghana Retail Payment Systems Infrastructure entered into by the two parties.

Following the 2016 elections and on the appointment of a new Management of the Bank of Ghana, it became necessary to review the terms of the contract entered into by the previous administration.

In reviewing the contract, the new Management of the Bank reached the conclusion that Sibton had neither acquired the licence nor fulfilled the condition precedent for the effectiveness of the rights and obligations of the parties.

The Agreement, which dealt with the grant of exclusive rights to Sibton Switch to build, operate and own the Ghana Retail Payment Systems Infrastructure was therefore terminated on the basis that it never came into effect.

The Claimant, Sibton Switch, went to the LCIA seeking relief in the sum of USD 478 million from the respondent, Bank of Ghana.

For example, the Public Procurement Authority approval for the project provided that the Bank of Ghana’s maximum liability was to be GH¢300,000.

“Contrary to this approval, the corruptly-procured contract with Sibton Switch provided that the Bank of Ghana had a huge potential liability of USD $478 million (GH¢2.6 billion).

In addition, the tender price of Sibton Switch was more than 33 times more expensive than the next most expensive bid.

Following the termination of the contract with Sibton Switch in 2017, the Bank of Ghana’s subsidiary, GhIPSS, was able to deliver mobile payment systems interoperability at a small fraction of the cost, saving the Ghanaian taxpayers billions of Cedis.

Arbitration Award issued in favour of the Bank

On 28th July 2021, a panel of three distinguished arbitrators issued an award in favour of the Bank of Ghana in the LCIA arbitration, dismissing all the claims brought by Sibton Switch Systems Limited.

The Bank’s current Governor, Dr Ernest Addison, said that he was pleased with the favourable outcome for the Bank in these proceedings, and for the billions of Ghana Cedis saved by the Ghanaian taxpayer as a result.