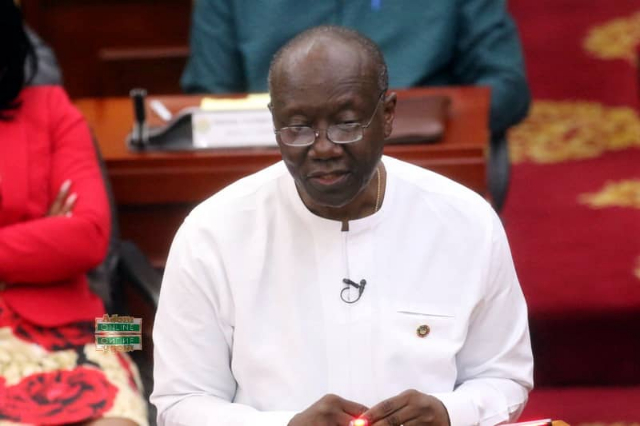 The banking sector clean-up and recapitalisation of commercial banks last year, has resulted in private sector credit growth in the first quarter of 2018, the Finance Minister has disclosed.

The Bank of Ghana (BoG) in August 2018, closed down five banks because they were said to have breached several banking regulations.

It granted a universal banking licence to Consolidated Bank Ghana Limited established by the government.

The two banks were closed down because their liabilities were more than their assets, forcing the Regulator to allow GCB to take their good assets, while PricewaterhouseCoopers recovers the bad debts.

The International Monetary Fund (IMF) described the central bank’s action on some banks as crucial for stability and confidence in the financial sector.

In January this year, six indigenous banks agreed to relinquish part of their stakes to government in return for equity investment from the state to enable them to recapitalise to GH¢400 million.

The banks agreed to the bailout package towards the end of December 2018, paving the way for government to set in motion processes that will allow it to invest a total of GH¢2 billion in the six lenders by March 2019.

This, the Finance Minister told Parliament, has paid off.

“The recapitalisation exercise undertaken by Bank of Ghana, which sought to increase the stated minimum capital of banks from GHÈ¼120 million to GHÈ¼400 million, ended in December 2018, with a total of 23 banks meeting the requirement.

Mr Ofori-Atta said with the rebound of the sector, banks are now poised to deploy their newly-injected capital towards financial intermediation, to aid the development process.

“Asset quality has also improved, as reflected in the declining Non-Performing Loans (NPL) ratio from 22.6% in June 2018 to 18.1% June 2019. There were also significant improvements in the banks’ profitability indicators,” he said.

“Interest rates on both short-end and medium-term government securities, however, generally trended upwards, particularly, in the second half of 2018, reflecting tight financing conditions.”

DISCLAIMER: The Views, Comments, Opinions, Contributions and Statements made by Readers and Contributors on this platform do not necessarily represent the views or policy of Multimedia Group Limited.
Tags:
Financial Sector Clean-up
Ken Ofori Atta