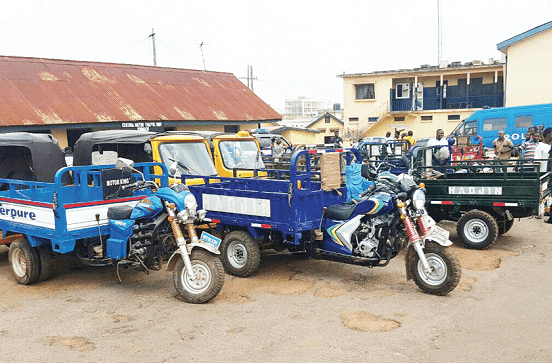 The Minority in Parliament has described as unconstitutional attempts by the Greater Accra Regional Minister, Henry Quartey to ban the use of tricycles on the highways.

According to the minority, there are no laws in the country that support the move; adding that it is not within the purview of the national road safety authority and the ministry of transport.

Speaking to the media in Parliament, Ranking Member on the Roads and Transport Committee, Governs Kwame Agbodza said that “if the minister says they are going to stop them, let him be aware, he is overstepping the authority under his watch. There is no law in this country that gives power to regional ministers to determine which vehicles drive on which roads.”

He added that these tricycles especially the ones that ply the Tema Motorway carry refuse from households to Tema where there are recycling plant since there are hardly any in other parts of the city.

“So if you see them on the highway going to Tema, it is simply because there is no other way they can dump it,” Mr Agboza said.

The Ranking Member explained that there are also no cycle lanes on the highways for bicycle lovers, motor riders and tricycles to use.

This comes after the ban on tricycles, widely known as ‘aboboyaa’ on Accra’s Highways, was announced to take effect from November 1, 2021.

The Greater Accra Regional Minister, Henry Quartey, who put out the information said the major place of concern for the exercise is the Tema Motorway. This action to rid tricycle operators from the Highways forms part of the ‘Let’s make Accra work Agenda.’

“So, effective November 1, tricycles cannot and will not be allowed to ride on the motorway. So, after the 90 days period, they will be restricted to their respective assemblies rather than on the principal streets… effective November 1, as for the Tema Motorway they cannot ride on it, they can continue their business in other areas,” he said on Accra-based Asaase FM on Friday.

He noted that a one-week grace period would be given after the creation of public awareness by the assemblies.

However, Mr Agboza said that if the minister wants to truly ban tricycles on highways, he should use the appropriate measures to get a law passed.

He stated that the regional minister is not only trying to take the job of the MTTD and others but he is also taking on responsibilities he cannot back with any law.

“We are cautioning him, if they want to make changes to this, they should liaise with the Minister of Roads and Transport through the appropriate agencies for them to bring the appropriate laws to this House to be passed,” Mr Agboza added.