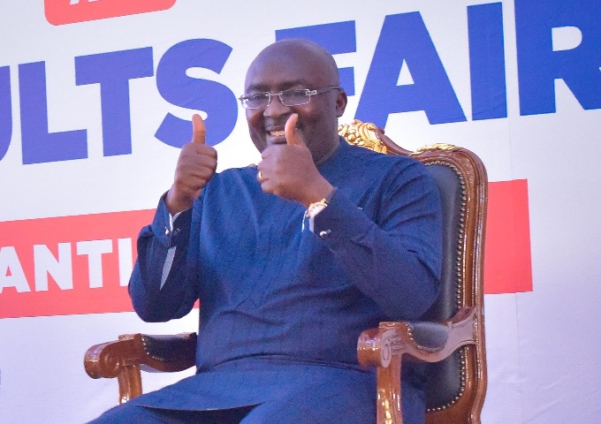 The editor of the Finder newspaper, Elvis Darko, has suggested that the best person to lead the New Patriotic Party (NPP) in election 2024 is Dr Mahamudu Bawumia.

According to him, the current Vice President is the right choice to represent the party.

Speaking on Prime Morning, Wednesday, Mr. Darko noted that the NPP’s great performance in the northern part of Ghana during the 2020 election was because of Dr. Bawumia.

He also added that Dr. Bawumia, having served as the Vice President of the country for six years, is in the right position, as he has more in-depth knowledge about the country’s economy than the other aspirants.

Additionally, he asserted that the party has always been accused of fielding Akan candidates, a perception he urged the party to change.

Considering the contribution of Dr. Bawumia to the success of the party over the years, he urged that “this is a very good chance for the NPP to present such a candidate.”

Speaking of the belief that the NPP always needs an Akan as a candidate to be able to win the elections, he said, “They’re on the wrong path.”

He believes it is about the capabilities of the individual, not the tribe. He admitted that the success of a party is not dependent on only one region.

Also, per the political history of Ghana, no Muslim has ever been elected president. By this, he is of the opinion that the NPP may gain greater support from the Islamic population with Dr. Bawumia as flagbearer.

The editor considered the MP for Assin Central, Kennedy Agyapong as a threat to Dr. Bawumia’s flagbearership if the MP would contest, rather than Mr Alan Kyeremanten.

Meanwhile, looking at the current state of the economy, he thinks the 2024 election will be a tight one for the NPP and NDC.

DISCLAIMER: The Views, Comments, Opinions, Contributions and Statements made by Readers and Contributors on this platform do not necessarily represent the views or policy of Multimedia Group Limited.
Tags:
Dr Bawumia
Elvis Darko
NPP