Former Presidents John Agyekum Kuffour and the late Prof. J.E.Mills in their respective State of the Nation addresses promised to develop other sports apart from football to help unearth talents.

The latest to do so is incumbent John Dramani Mahama who, in his February State of the Nation address, promised same.

But Nunoo Mensah says these pledges are not redeemed and that the hour for developing sports apart from football is now.

“None of the governments over the years has made sports a priority, leading to its current state. Governments’ non-commitment to sports is evident in the number of pages dedicated to other sectors in the national budget and the State of the Nation addresses, while sports is virtually neglected,” he said.

The administrator was speaking to Benedict 'Moshosho' Mensah on Asempa FM’s Ultimate Sports Morning show, follwoing the recent problems with Ghana’s preps for the upcoming All Africa Games. 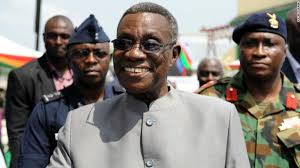 The Games are slated for Congo Brazzaville from September 4-19.

Nunoo Mensah noted that with $15,000, the government could build a multi-purpose center which can be used for other sports like tennis, volleyball, athletics, boxing, and so on.

“Sports can fully develop if the successive governments begin to show much interest,” he suggested.

Ghana’s participation in this year’s All Africa Games is in limbo due to financial constraints.