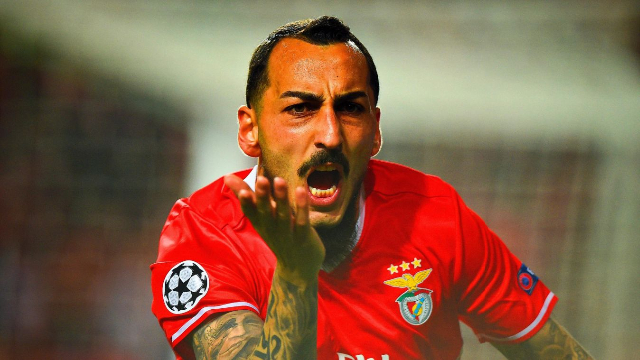 Pierre-Emerick Aubameyang missed a penalty as Dortmund fell to a 1-0 defeat in the first-leg of a last 16 Champions League tie with Benfica at Estádio da Luz, a result that increases pressure on manager Thomas Tuchel.

Benfica were under the cosh for much of the match but when Kostas Mitroglou opened the scoring on 48 minutes the Portuguese side held on for dear life to secure a potentially crucial win.

The visitors had the perfect opportunity to take an early lead when Ousmane Dembele released Aubameyang only for the forward to blaze over with only the goalkeeper to beat.

A brave and crucial block from Benfica’s hot prospect Victor Lindelof denied Dembele a certain goal shortly after as Thomas Tuchel’s side failed to take advantage of their superiority in a one-sided first-half.

Dortmund’s anguish continued after the break as minutes after conceding the opener Aubameyang sent a feeble penalty straight down the middle which Ederson easily saved.

A desperate Tuchel replaced his talisman with over half an hour to play as Dortmund continued to frantically search for an equaliser and despite going close through substitute Chrisitan Pulisic, they still couldn’t find a breakthrough.