Bill to jail witch hunters: We are going after how people act out belief in witchcraft - Prof Azumah - MyJoyOnline.com

Bill to jail witch hunters: We are going after how people act out belief in witchcraft – Prof Azumah 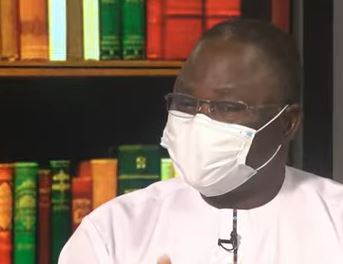 Executive Director for the Sanneh Institute, Prof John Azumah, has indicated that the draft bill that seeks to criminise the activities of witch doctors, as well as that of witch hunters, is not about the belief in the existence of witches.

“It’s not about the belief, it’s about the process you go through to label or identify someone as a witch,” he said.

Speaking on Sunday, November 14, 2021, during JoyNews’ The Law, the Professor explained that the bill is intended to hold people accountable for their actions and also to end the practice that infringes on the rights of the victims who are often innocent.

He further noted that though witchcraft is mentioned in the Bible and other religions, it is not a basis to mete out dehumanising practices to others.

“Witchcraft is mentioned in the Bible but you have to understand what that is all about. We are not after the belief system, we are going after the consequences and how people act out this belief. If I believe that witches exist, and I want to protect myself in my prayers, in my private house, that is my right.

“However, if you go out of your belief to put another’s life in jeopardy, or subject the person to public ridicule, or dehumanise him,” that’s when the law comes in.

He was contributing to discussions on a proposed bill that seeks to criminise the activities of witch doctors as well as sanction people who accuse others of practicing or engaging in witchcraft.

Three MPs have introduced a Private Members’ Bill to amend the Criminal and Other Offences Act 1960 (Act 29) to prohibit the practice by any person as a witch doctor or witchfinder.